"And because every story deserves a happy ending..."

The City of Allentown says shortly before the man was rescued from the trench collapse, his wife was able to tell him some happy news: she's pregnant with their first child.

ALLENTOWN, Pennsylvania (WPVI) -- As a man was waiting to be rescued after a trench collapsed in Allentown, Pennsylvania, he was given some positive news to turn his day around: he is going to be a father.

The worker became trapped in dirt up to his neck around 2 p.m. Wednesday near West Gordon and North Fulton streets. More than eight hours later, he was pulled to safety.

"And because every story deserves a happy ending...shortly before we were able to lift him out of the trench, the rescued man's wife told him she was pregnant with their first child!" the City of Allentown posted to Facebook.

Chopper 6 was overhead as crews worked for hours to free the man.

"We treated him. With an emphasis on the weather, we were worried (about) hypothermia, so the trench was heated. We monitored the atmosphere of the air quality in the trench the whole time. He was given fluids and just general pain medication," said Captain John Christopher with the Allentown Fire Department.

At 9:45 p.m. the city gave this update: "The crews have been able to excavate down to the individual's ankles. He is still alert and responsive. We're hopeful that we'll be able to complete this operation shortly."

It's unclear if he suffered any injuries, but officials say he was taken to Lehigh Valley Cedar Crest Hospital to be evaluated.

A second man was working at the location when the trench collapsed. The city says crews were able to help rescue him with a ladder immediately.

"This was a true team effort and couldn't have been accomplished without all of the support. We're proud of our team!" the City of Allentown said. 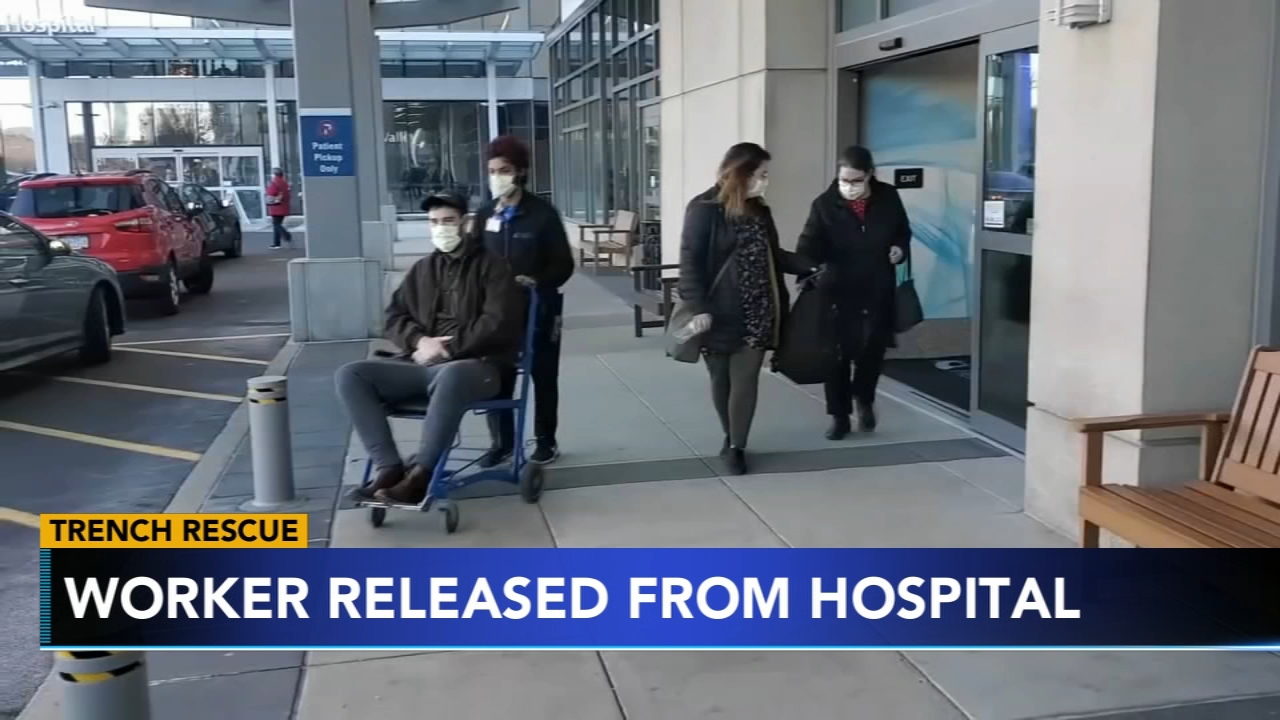 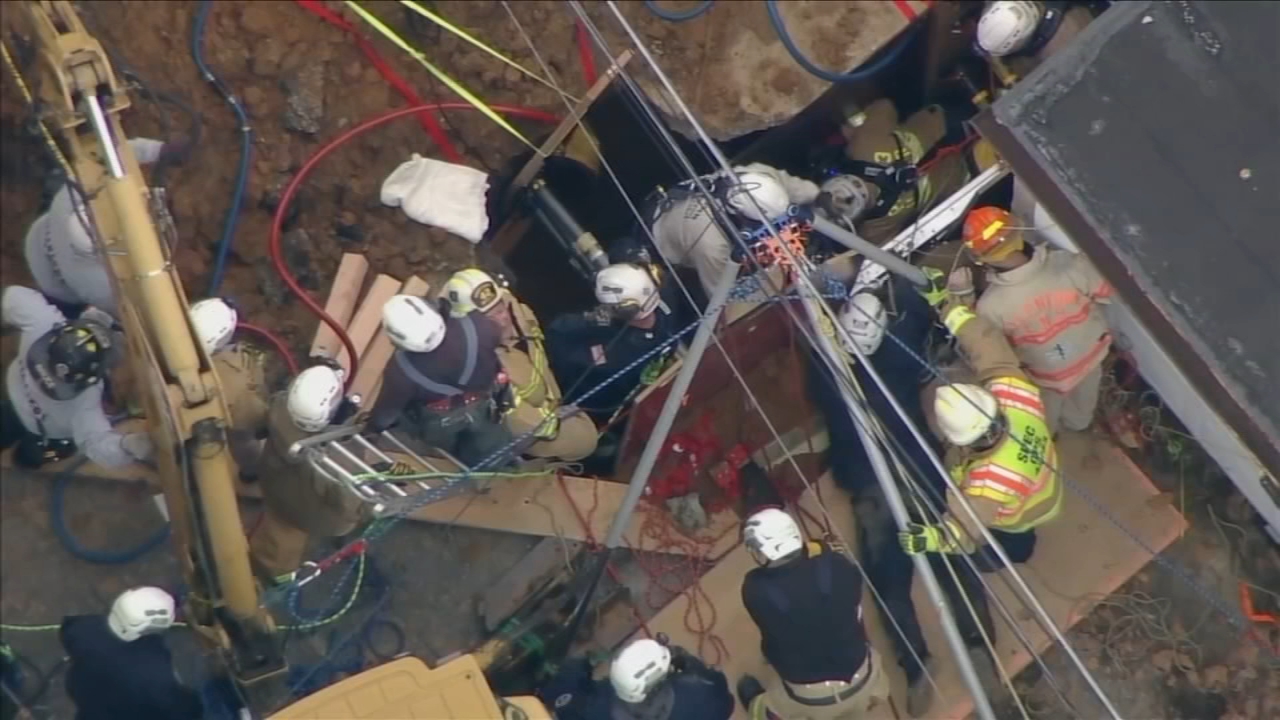 Company involved in trench collapse has history of safety issues 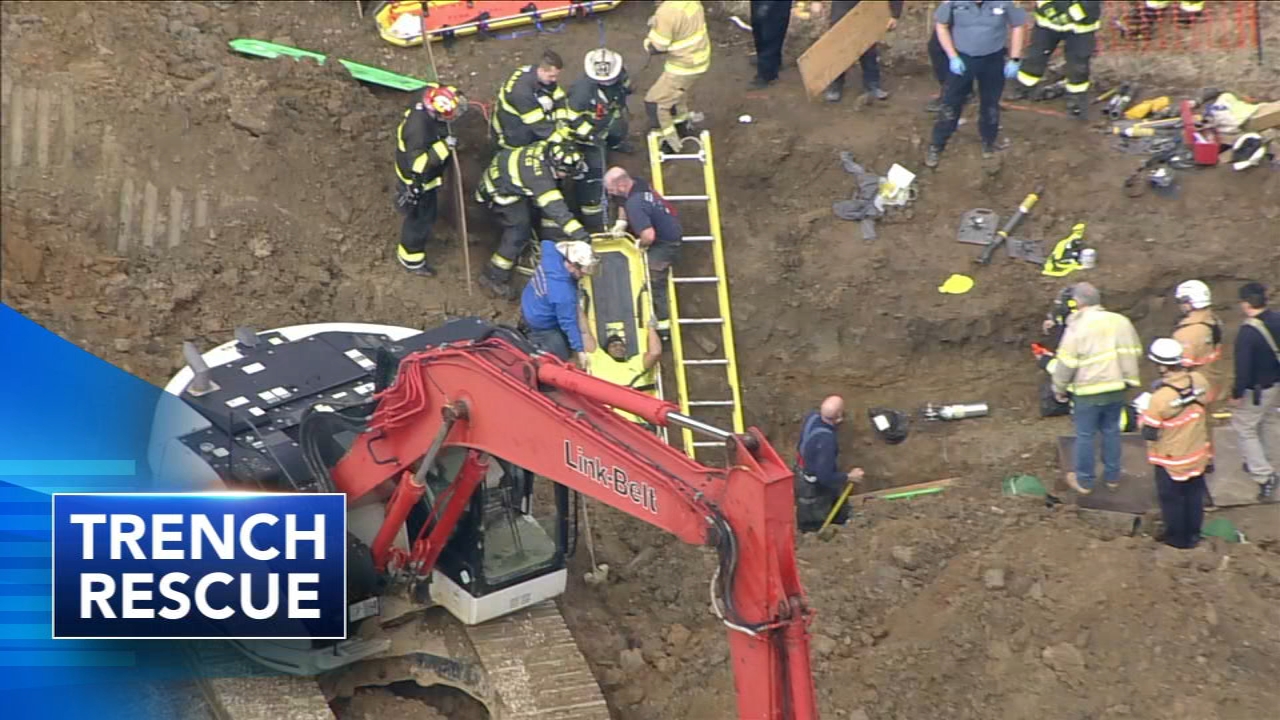