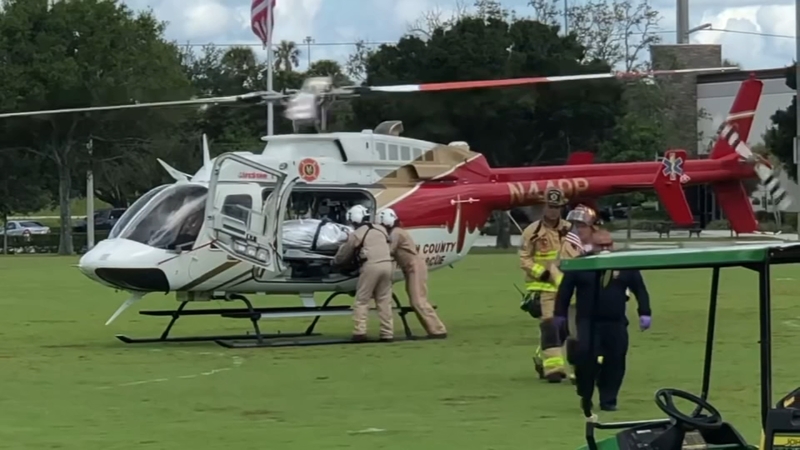 A man was attacked by an alligator in Florida on Monday, suffering serious injuries, according to authorities.

The man fell off his bike at Halpatiokee Regional Park in Stuart and landed very close to a large female alligator who was near her nest, the Martin County Sheriff's Office said.

The 8 to 10 feet long gator bit the biker before he was pulled out of the water by a bystander, according to the sheriff's office and trapper John Davidson.

First responders went to the scene and loaded the victim into a helicopter to take him to a hospital. The man did not lose any body parts, Davidson said.

Davidson said there's a 6-foot drop from the bike path to the creek where the man fell, describing it as one of the skinniest parts of the trail.