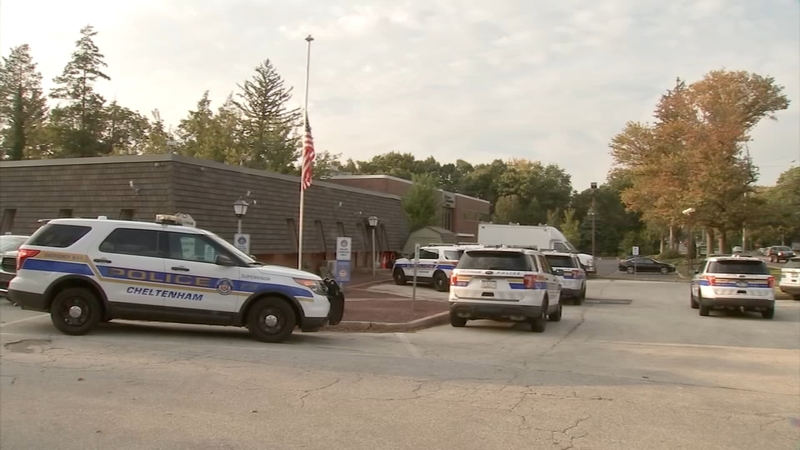 The suspect, 41-year-old Juan Pablo Torres, is in police custody.

An Amber Alert was issued for Giselle Torres after she was abducted around 2:18 p.m. Friday on Montgomery Avenue.

Officials said Juan Pablo Torres was armed and wearing body armor when he abducted the girl. Police believe he was with two other men at the time.

Sources said the abduction was the result of a custody dispute.

"The investigation determined that one of the men was the girl's biological father who did not have custody of the child as well as two additional males that were armed and were wearing body armor," said Lt. Andy Snyder of the Cheltenham Police Department.

Investigators said they were headed to the father's home in Queens.

With an army of law enforcement officers on Torres' trail, police said a skilled negotiator talked the man into releasing the child and turning himself in.

A 7-year-old girl who was allegedly abducted by her estranged father in Elkins Park, Pa. has been found safe in New York City.

"One of our hostage negotiators was able to get him on the phone and negotiate his surrender to the New York City Police Department," said Lt. Snyder.

Police said the men fled in two separate cars and were tracked heading northbound on the New Jersey Turnpike towards New York City.

Ultimately, they were able to make contact with the father and bringing the situation to a peaceful conclusion with no injuries.

"The only one we have in custody was the father, we have not identified the two other men." said Lt. Snyder.

As for the child, Snyder said, "She is being taken to the hospital for evaluation in New York City and then after that, dealing with Children and Youth (Services), we will coordinate her reunion."

Police have not officially said what led to the kidnapping as they are still in the early stages of the investigation.