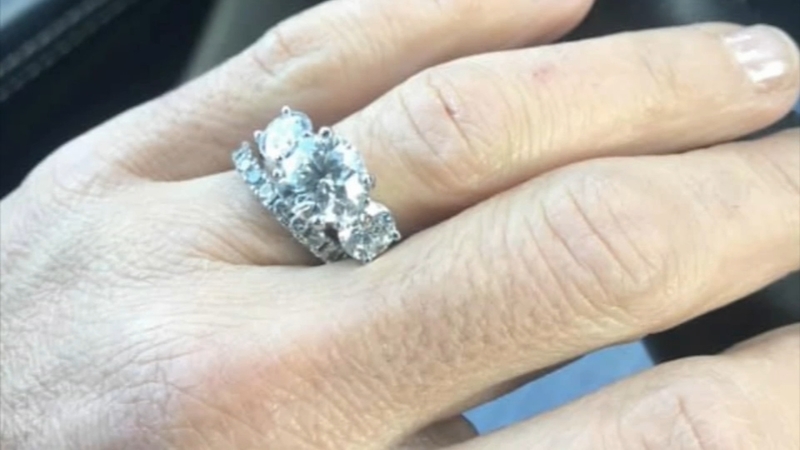 AMBLER, Pennsylvania (WPVI) -- It's a piece of handed-down jewelry that has always been a large part of Cara Mundell's life.

"It's invaluable," she said.

Fourteen years ago the ring was passed down to her from her mother.

"When I was wearing it, it made me feel like I had a part of her with me all the time," Mundell added.

Cara inherited it after her mother passed away from cancer and has been wearing it as her wedding ring since.

That is until last Wednesday when the ring was stolen from her home in Ambler, Pennsylvania.

"I felt like my gut just dropped and I haven't been the same since it happened," she said.

According to Cara, she had just finished her morning errands and came home where everything appeared normal.

She made her bed and came to find the ring and other jewelry had gone missing from the dish she kept it in.

"There was a lot of stuff in there, it wasn't just, like, just the ring," she pointed out.

The more she looked, the more she realized someone had been in her home and stole all her jewelry and did their best to cover it up.

"Anything that had been opened, had been closed," she explained.

Cara says there were no signs of forced entry and she's been working with authorities and neighbors to figure out how the burglar may have gotten in.