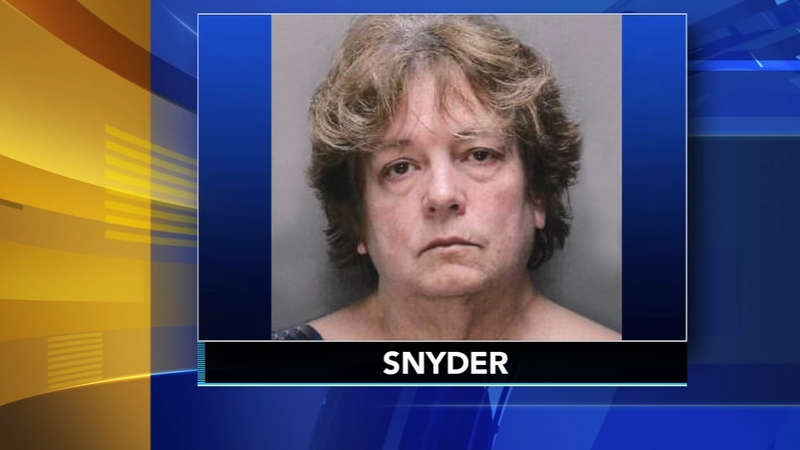 NORRISTOWN, Pennsylvania (WPVI) -- A woman in Norristown, Montgomery County is accused of stealing $617,147 from her employer and using the money to help pay for her daughters' weddings.

According to authorities, Carol Snyder, 58, of Green Lane, was arrested and charged after she stole money from her employer, Hardy Machine LLC, in Hatfield Township.

William Hardy, owner of Hardy Machine, was alerted to the potential thefts when the issuer of a company credit card called to say a payment was overdue. Hardy believed the credit card to be inactive for several years.

Further investigation revealed a total of 1,758 unauthorized and non-business related purchases made between 2012 to Aug. 9, 2019.

According to investigators, Snyder made credit card purchases and wrote unauthorized checks related to wedding vendors for two of her daughters, among other entities.

When Hardy confronted her with the allegations Snyder reportedly said, "You can have my whole 401(k), I don't want to go to jail."

Montgomery County District Attorney Kevin Steele said his heart goes out to the owners of the family-run business.

"They are hard-working folks and they have someone who they placed trust in, and to do this to them are the things that hurt," he said.

Officials from Hardy Machine sent Action News a statement reading, in part, "The investigation has had no impact on our ability to serve our customers or run our business. We've been in business for over 50 years and we look forward to what we see as a very bright future."