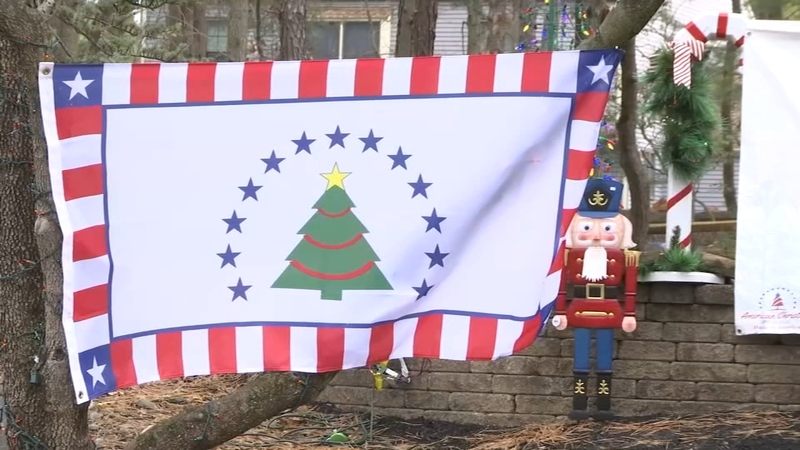 VOORHEES, New Jersey (WPVI) -- The official American Christmas Flag is patriotic holiday décor that was birthed in South Jersey back in 1980.

It was created by two friends, Stewart DeHart and Jack Brangan. It all started as porch talk in Wenonah, New Jersey.

"It is a Christmas decoration but a very special one as a nod to our firemen," Jack Brangan said.

The Cherry Hill retiree described how he and his friend designed the concept to highlight America's history.

But the two friends went on with their lives, not giving much thought to their creation. The flag remained in Brangan's basement for 40 years.

But the Christmas of 2019, Brangan's 3-year-old granddaughter, Joey, found one of the flags sitting on a desk in the den and began marching around with it.

Joey's discovery sparked her family's business. It happened right as her parents had lost their businesses during the pandemic and were searching for a new venture to provide for their family.

The American Christmas Flag was revived in hopes of bringing the country together during the COVID-19 pandemic.

They now sell several Christmas products in addition to the flag, including mugs and ornaments.

But the whole story behind the revival of the American Christmas Flag prompted the son-in-law and co-owner, Stephen Dowling, to write a children's book called 'Joey and Her American Flag.' It highlights how a preschooler discovered a hidden treasure.