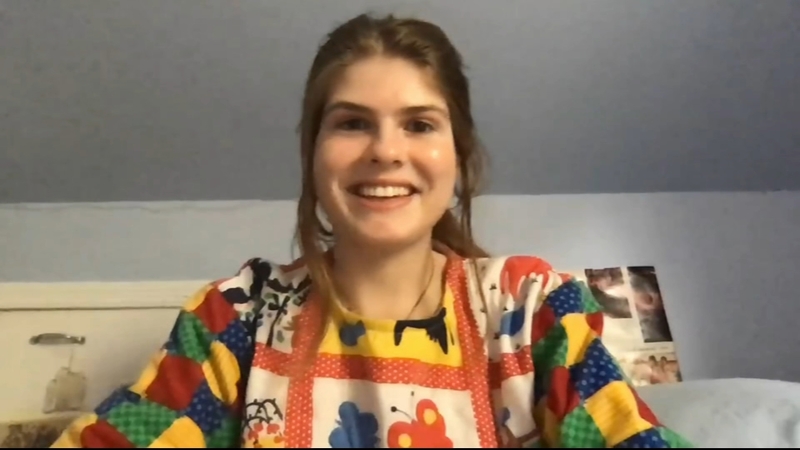 PHILADELPHIA (WPVI) -- Sunday on American Idol, the top seven contestants will work with mentor Chris Martin from Coldplay and perform from the band's songbook filled with hits.

They will also honor their moms with special Mother's Day tributes.

A former contestant and Bucks County singer is also celebrating her own mom in her latest single.

Langhorne's Catie Turner has had quite a journey these past few years, from competing on American Idol as a teenager to now making music with a major record label.

By her side the whole time, her mother and local family doctor Cathy.

Turner celebrates that bond in her latest single, "Mama," just in time for Mother's Day.

She says the song is inspired by her mother Cathy and that she's notoriously the worst gift-giver in the family.

"I needed to fix this reputation of mine, so I wrote this for my mom for her birthday," Turner said.

Turner and Cathy were first introduced in 2017 when she auditioned for the American Idol judges in New York City.

Then at just 18-years-old, her music career took off.

"When I wrote it, I was traveling a lot to L.A., back and forth, back and forth," Turner said. "It was basically just me saying that 'Just because I'm growing up, I'm still your little girl.' And it's true."

During the pandemic, Turner signed with Atlantic Records from her kitchen table in Langhorne, Bucks County.

"Dogs were barking, my mom and my dad were going crazy, and I'm wearing sweatpants," Turner laughed. "It's not what I envisioned."

She's now working on an album and says she is forever grateful for everyone who has supported her on her journey.

"You saw me grow from a teenager to an adult teenager. I'm crazy, and wacky, and goofy, but to everyone who has stayed with me since day one, it means a lot. Thank you," she said.