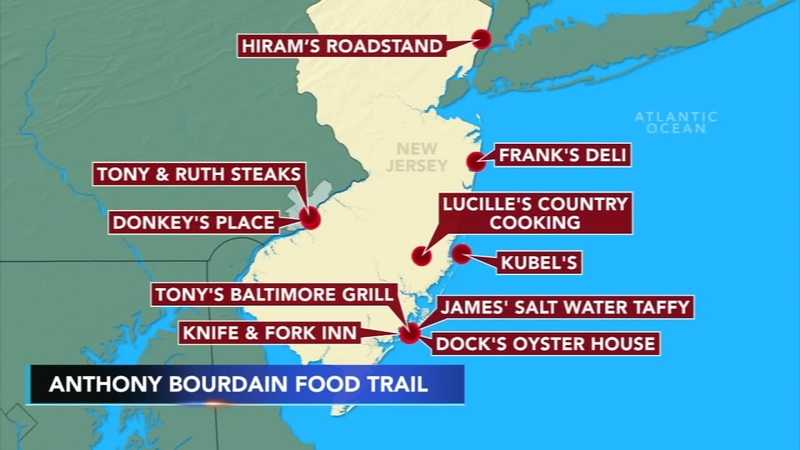 And now, New Jersey is honoring his legacy with the official launch of the Anthony Bourdain New Jersey Food Trail.

Secretary of State Tahesha Way was joined by Bourdain's brother, Christopher, and Jeffrey Vasser, the Executive Director of the New Jersey Division of Travel & Tourism, on Thursday morning to inaugurate the trail.

The food trail is the result of legislation proposed a year ago that will allow New Jersey residents and visitors to walk - and eat - in Bourdain's footsteps.

It includes the local eateries featured in Bourdain's iconic series "Parts Unknown," from the cheeseteaks at Donkey's Place in Camden, to James' Salt Water Taffy in Atlantic City.

There are 10 spots on the list, which were selected, celebrated and sanctioned by Bourdain himself. The trail goes as far north as Fort Lee, Bergen County all the way down to Atlantic City.

The restaurants on the trail include: