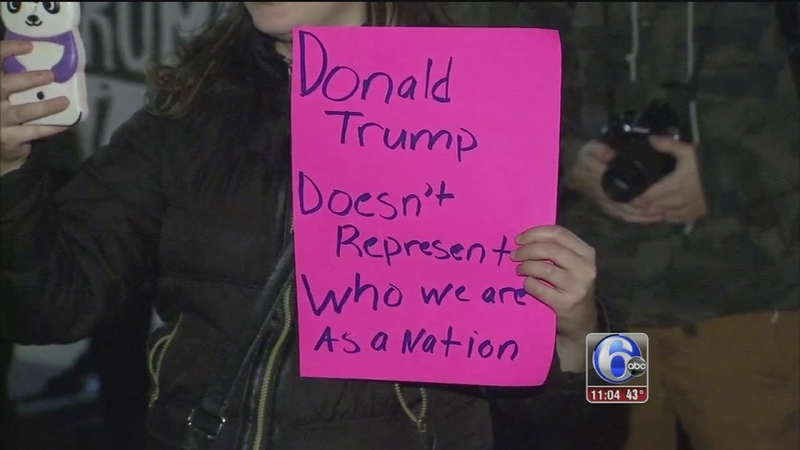 On the third night of protests, the Equality Coalition and the Dump Trump Coalition wanted their voices heard.

"After Tuesday it felt like I was living an absurdist joke, except the joke was on all of us," said Russ Giblin of Fishtown.

"I just couldn't believe it, back to the nonsense, its unreal," said Dominique Boddorff of West Grove. "I don't know what we can do, not much, but I just wanted to participate."

"I know a bunch of people who wrongly voted for Trump, and just because I wasn't able to vote, I'm gonna still stand up for my rights," said Sam Gamburg of Lower Merion.

Tonight's group were members of the LGBTQ community and their supporters. Corey Taylor is gender neutral, and does not identify as he or she. 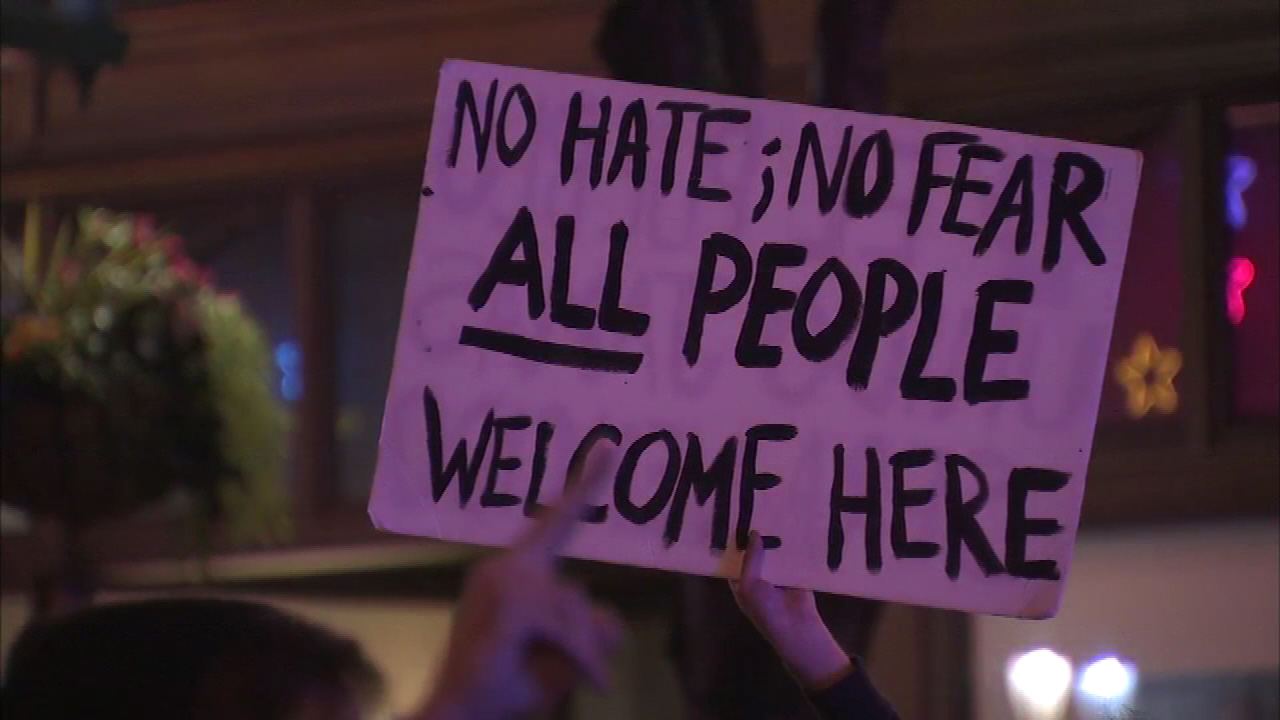 "I wanted to be here because simply the vote for Trump was a vote against my life, many other people that I love around me, and I won't stand for it," said Taylor of South Philadelphia.

"Everything is love. Love is love is love is love, and I can't live in a world where love isn't accepted, while hate is way more accepted in our country apparently than love," said Britney Hutz of Huntington Valley.

The group ultimately marched to Independence Mall, the place that gave birth to the nation, the place where the right to free speech was born, to add their anti-Trump message.

Protesters continue to hit the streets of Philadelphia Friday, upset and disappointed about the election of Donald Trump as President of the United States.

Earlier in the day, about 100 Temple University students were on the march, protesting the president-elect.

They traveled from their North Philadelphia campus to City Hall.

"On social media we can talk, but we can be ignored, we can be blocked, but if we are in person, you can't unsee us, we are there," said Jose Rmangual, Temple University.

Marchers say this is their way of voicing their disapproval about Trump's victory over Hillary Clinton, but they also say this is not so much an anti-Trump rally, but a movement about unity.

"It is inspired by that, yes, and the recent outbreak of hate, and we just really want to show that we all care for each other, and that we are all here united," said Joseph Maggio, Temple University.

"This is important because a lot of people are effected by the hate going on in this country, people that I care about. Even if it is not anybody you know, there are people in this world that are being discriminated against, and it is just not fair," said Cassidy Sanders, Temple University.

This marks day three as hundreds of anti-Trump protesters continue to voice their frustrations. All say they worry that Trump will not unite, but divide the country.

"We don't want to see any oppression on the basis of race, of religion, of sexual orientation or sexual identity," said Rmangual.

By the numbers, this most recently rally was much smaller, but their message was just as big. They admit, there is nothing they can do to change the results of the election, but say a lost election will not drown out their voices.