For the last two months, during the so-callled "grace period," red light cameras at the north and south intersections of the City Hall circle snapped photos of 2,900 license plates on vehicles that were running red lights.

But, the Parking Authority is now playing for keeps. Everyone caught on these cameras in violation will receive a $100 fine.

From all the drivers we found circling City Hall on Tuesday, full approval of the new red light policy.

"I think it's great, for the safety," said Bryan Austin of North Philadelphia. "I think they should catch everybody who runs the red light."

Red light cameras are now deployed at 15 other intersections in Philadelphia, 70 cameras in all, nailing violators from West Philadelphia all the way to the Roosevelt Blvd.

The monitoring and verifying that goes on through the Parking Authority's computer system has generated nearly $10 million in operting profit since the program began 4 years ago.

We found no one complaining.

The red light camera program will soon be expanding into Northwest Philadelphia. 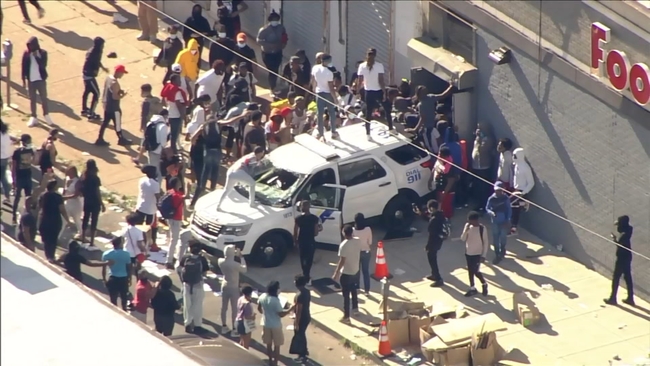