Mayor Nutter announced he is ending the legal battle that has held up raises and benefit increases while widening the rift between the rescue workers and City Hall.

After a four years of litigation, Nutter decided to give the firefighters union what they won in an arbitration award.

The union says it's grateful, but its reaction Friday night was measured.

"In light of improved city finances, we have concluded that we will be left with extremely low fund balances, but that the city can manage some additional costs required by one the awards," said Nutter.

That was how the mayor announced the city is withdrawing its appeal of the 2012 firefighters arbitration award now before Commonwealth Court.

"This dispute was always and only about affordability. And we as a city are now in a place to provide pay increases set out in that award," said Nutter.

For the past 4 years, angry firefighters and paramedics held protest rallies lambasting the mayor and his administration over the city's refusal to pay them what they called their fair share and its controversial plan rotating 300 firefighters from one station house to another.

Now the city has agreed to pay a lump sum of $47 million in retroactive wage increases and $28 million in contributions to union health care and benefit funds.

The union says it's happy, but:

"It's a tempered response because we're now in arbitration for our 2013 award, and it was due to take effect July 1st," said union president Joe Schulle.

Key in the latest round of talks will healthcare costs for firefighters and paramedics, costs which the city must shoulder.

Nutter points out the union itself has said those costs could rise substantially under the present system.

But the union says it wants to move to a self-insured plan like the one adopted by Philadelphia Police. Firefighters estimate that plan would save the city $20 million over a 4-year period.

"We look forward to going to the self-insured option, because the firefighters and paramedics want the city to save as much money as we can in health care, but we still want to retain the level of benefits that, because of our profession, we need," said Schulle.

So with one battle over, the question now is, can the city and its firefighters and paramedics avoid another one looming on the horizon? 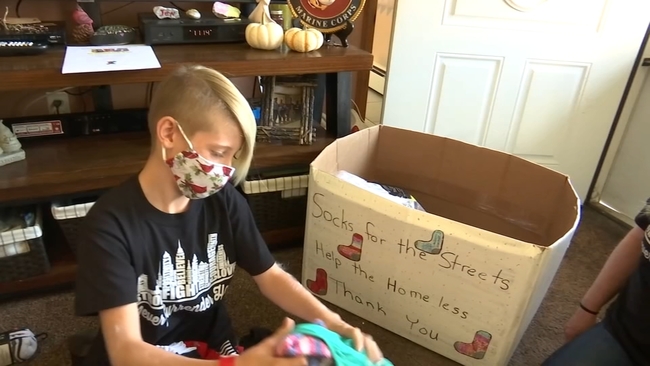 Philly boy collects socks for homeless: Here's how you can help
Bed Bath & Beyond in Montco among 63 stores closing
6 months into COVID-19, some local businesses calling it quits
Louisville prepares for Breonna Taylor announcement
Church bells ring out for more than 200,000 lives lost to COVID-19 | WATCH
Show More
Kenney in self-quarantine after being exposed to person with COVID-19
Push for Voter Registration Underway in Pennsylvania
Despite new CDC guidance, Philly residents gear up for Halloween
US surpasses 200,000 reported COVID-19 deaths
Delran shuts down football program after COVID-19 cases
More TOP STORIES News