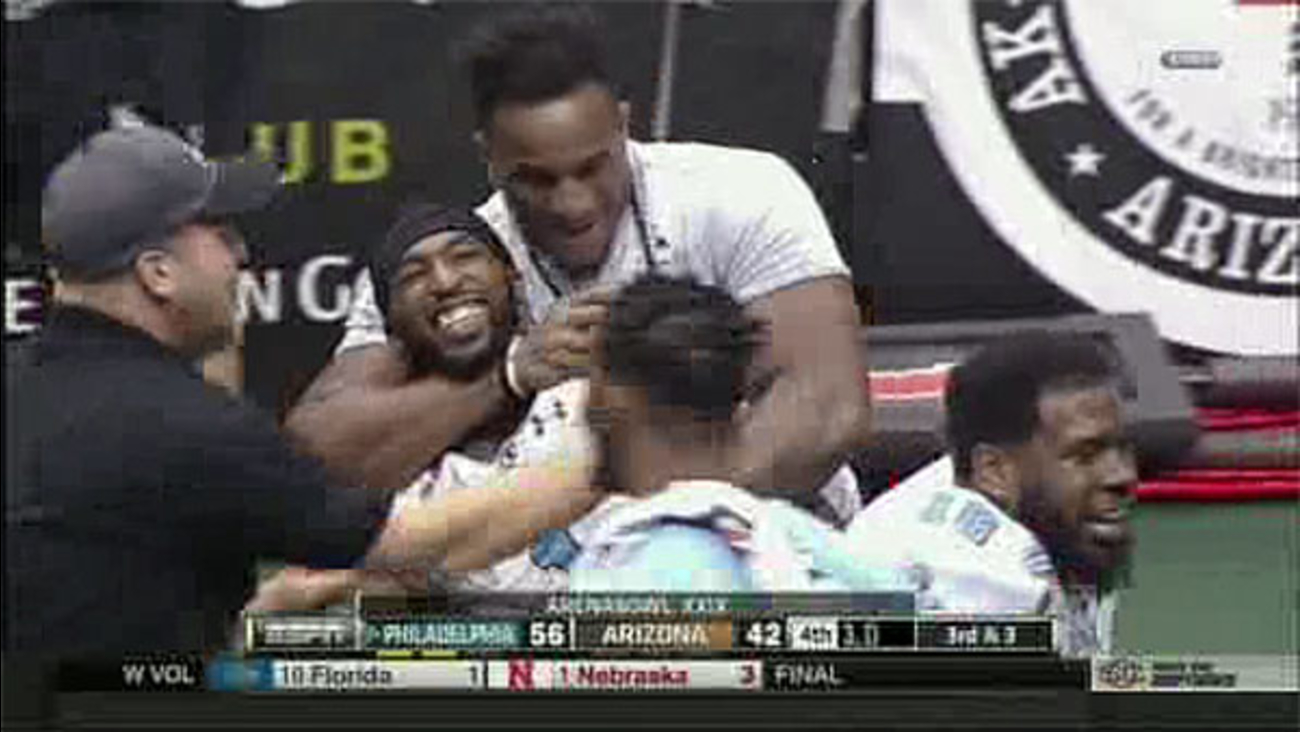 It was a dramatic win for Philadelphia, denying the Rattlers their sixth Arena Bowl title.

Ron Jaworski, ESPN NFL analyst, ex-NFL quarterback and majority owner of the Soul called the Rattlers "the gold standard" in the league.

The Rattlers' Nick Davila was named league MVP on Thursday, becoming the first player in league history to win the award three times. He also is a two-time Arena Bowl MVP.

The Soul beat the Rattlers for the first time - in their seventh try - in Philadelphia this season. The Rattlers hadn't lost since, beating the Soul in Arizona a month later.

Jaworski said earlier he and his old coach sit together at games "and marvel at the quarterbacks."