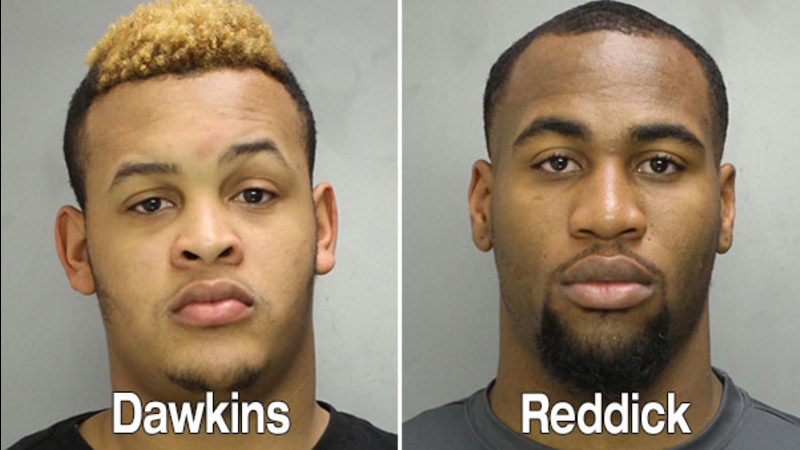 PHILADELPHIA (WPVI) -- Two members of Temple University's football team were charged with assault early Tuesday in connection with an off-campus incident back in January.

The charges stem from a fight in the early morning hours of January 18th at Club 1800 at 5th and Berks.

The alleged victim, who is also a Temple student, says he tried to intervene when a friend was getting beat up by several members of the Temple football team.

Police say he was kicked in the eye as he was held by Dawkins and others, suffering a fractured right orbital bone.

Action News is told the injured student, a senior, medically withdrew from the university, but hopes to resume classes in the fall.

Their lawyer says they are innocent and are the victims of false allegations by those who actually started the fight. He says they are looking forward to their day in court.

The university has suspended both players from the football team.