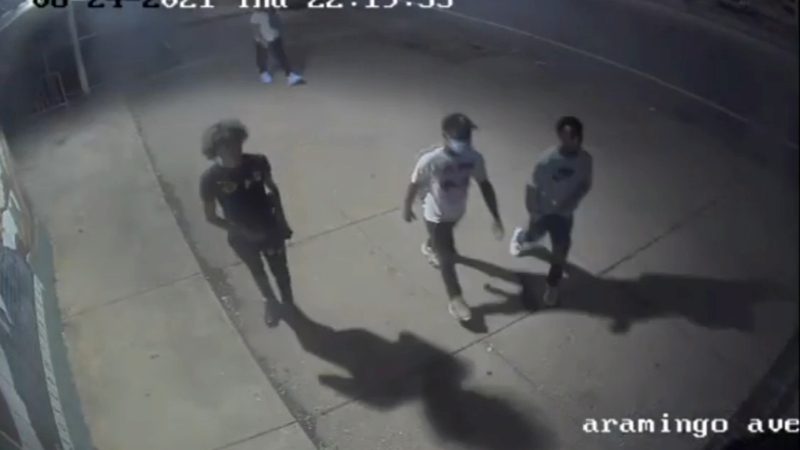 PHILADELPHIA (WPVI) -- Philadelphia police are searching for a group of suspects who robbed two young males in Kensington.

Police say the two victims, a 15-year-old and 12-year-old, were playing basketball at the Cione Recreation Center.

That's when an unknown male started arguing with them.

The confrontation was caught on surveillance cameras.

The unknown male called over a second suspect, along with three to five additional males, and assaulted one of the victims.

The suspects stole an iPhone and a wallet containing $100.

One of the teens suffered minor bruising to his back and side from being kicked and punched, police say.