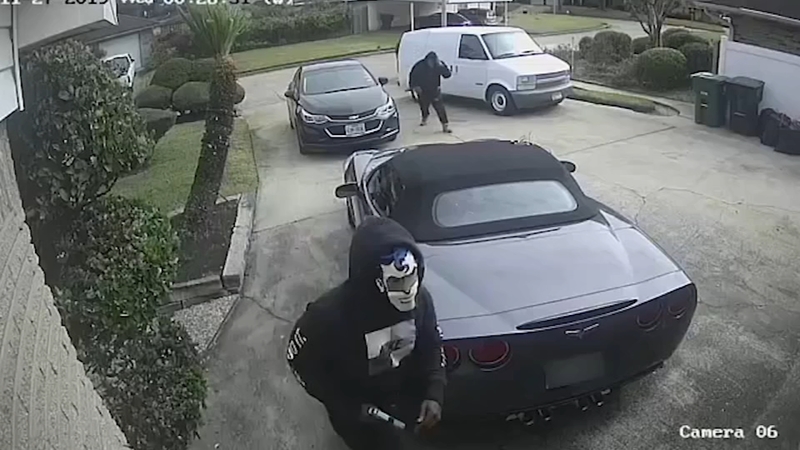 HOUSTON, Texas (WPVI) -- A gun-toting wife fought back against three men who attempted to steal money from her husband.

On Nov. 27, Houston police responded to reports of an attempted robbery in the 9000 block of Shady Lane.

Authorities say the woman's husband was working outside of his house when he noticed a black four-door vehicle drive by his home slowly.

The man said the car made a U-turn and drove back towards his home and two men exited the vehicle and quickly ran up to him with guns.

The men then dragged him inside of his home and demanded money.

The man's wife heard the commotion and grabbed a gun. She came out of the bedroom and pointed the gun at the two men, who then turned and shot towards her and ran away.

The woman was not injured.