The 9th grader was shocked in May 2021 when he stepped on a live wire near SEPTA's tracks in Devon, Chester County.
WPVI
By Christie Ileto 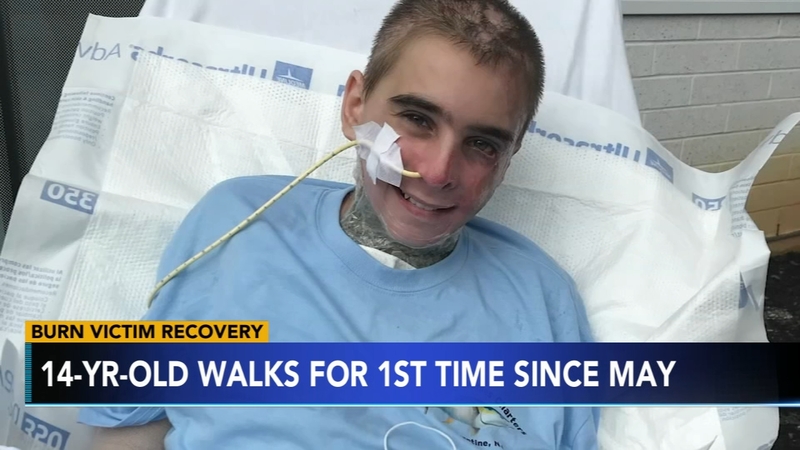 PHILADELPHIA (WPVI) -- It was a big day for 14-year-old Austin Beltrante as he walked for the first time since his accident last May.

Cell phone video from inside St. Christopher's shows him walking out of the hospital this week. He says his family was told he could pick up his new prosthetic leg, and he was able to stand and walk out of the facility unassisted.

The 9th grader was shocked in May 2021 when he stepped on a live wire near SEPTA's tracks in Devon, Chester County.

He lost both hands and one foot and suffered burns on 75% of his body.

After nearly six months of care, he was discharged in November with a new set of wheels. But he was determined to one day stand again on his own two feet.

"I got to walk out of the hospital for the first time, and I got my leg!" he said. "I would always think one day, but I didn't know when though."

Austin says he's taking it day by day and started doing physical therapy with his new leg. He even hopped into a boxing ring, something he used to do regularly before his accident.