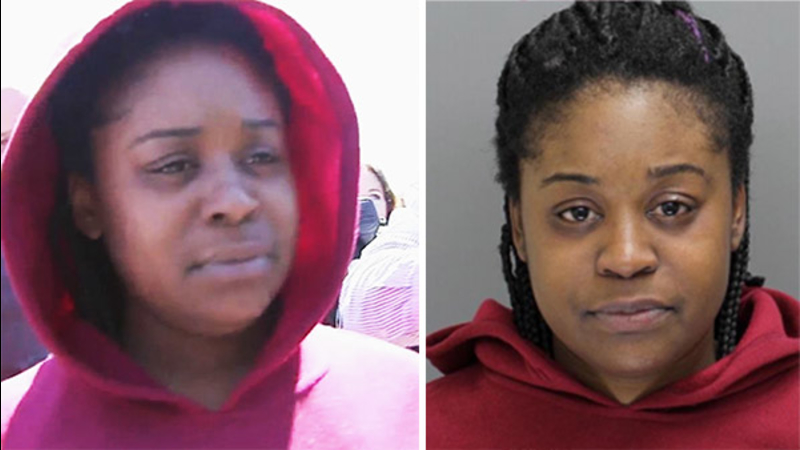 KING OF PRUSSIA, Pa. (WPVI) -- Authorities have identified and charged the woman accused of abducting a 7-week-old baby from the King of Prussia Mall on Thursday night, and we're also learning new details about the incident.

Cherie Amoore, 32, has been charged with kidnapping of a minor, unlawful restraint, false imprisonment, interference with the custody of a child, concealment of the whereabouts of a child and other related charges. She was arraigned and held on $500,000 cash bail.

Amoore said nothing going into court for her arraignment on Friday, but she and relatives openly wept inside the courtroom.

The kidnapping was reported at around 5:45 p.m. Thursday. 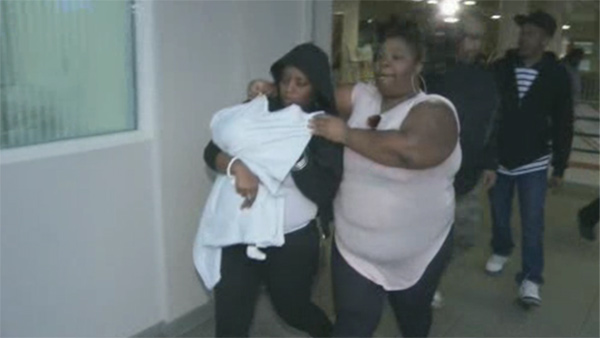 Hunter says she has not been able to sleep since her ordeal. She tells Action News she is still in shock about what happened, and now fears taking her children outside.

"For you to come along to take somebody else's child to fill your void, and try to leave me with one is not right," said Hunter. "I have a sister that suffered the same loss, but you don't see her out here kidnapping and stealing people's children."

"I lost my son and I was hurt, and what I never want to do is put that hurt on somebody else," said Quydeira Hunter, sister. "So for her to use that as an excuse, that's not an excuse."

Cherie Amoore is the daughter of Renee Amoore, who is both the deputy chairman of the Republican Party of Pennsylvania and a panelist on 6abc's "Inside Story." She had no comment outside court.

Shoppers were in disbelief that something like this could happen with all the police presence and surveillance cameras at the mall.

"It's unbelievable. That's crazy," said Sara Elhollal of King of Prussia. "I feel so bad for the mother."

And yet there were others who were completely oblivious to what was happening.

"They didn't make an announcement. They didn't do anything, they didn't say anything," said Camrah Carter of Camden, New Jersey.

"How am I supposed to know that's going on if nobody says anything?" said Amina Sabre of Camden, New Jersey.

In a statement, a King of Prussia Mall spokesman said:

"King of Prussia Mall has 24/7 state-of-the-art security protocols both inside and outside the property, including a robust security force and continuous patrol routes. Our emergency procedures were operationalized instantly, including the deployment of law enforcement personnel. The results of these efforts, in partnership with our local law enforcement officials, resulted in the happy outcome of returning the baby safely to his family and we are incredibly thankful of their support."
Related topics:
king of prussiapennsylvania newsking of prussia mallkidnappingabduction
Copyright © 2022 WPVI-TV. All Rights Reserved.
TOP STORIES
Man dies after being shot inside Feltonville store
1 dead, 4 injured after driver crashes into utility pole in Montco
AccuWeather: Seasonably Chilly Monday
5 tax changes that can boost your refund this year
Truck driver crashes into van during police chase
Fire on roof sends smoke billowing over Center City
US draws down Ukraine embassy presence as war fears mount
Show More
Fauci optimistic omicron will peak in February
Gamers raise thousands for CHOP during 24-hour marathon
Goats help recycle Christmas trees in Philadelphia
Former CHOP patient becomes nurse at new King of Prussia hospital
Woman says someone followed her in Center City using Apple AirTag
More TOP STORIES News