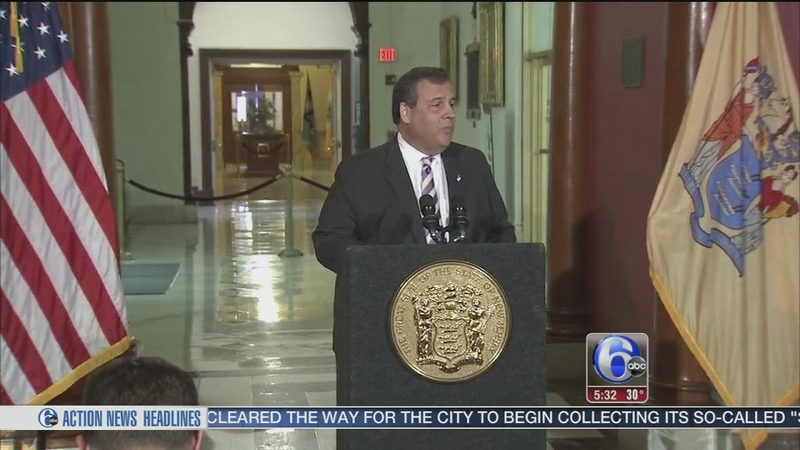 CAMDEN (WPVI) -- The symbolism was anything but subtle.

A coalition of unions, environmental and good government groups were handing out backscratchers at the Statehouse in Trenton Monday.

'Backscratcher bills' - that's how they characterize a deal cut between Governor Chris Christie and Democratic leaders.

The proposal would have legislators loosen ethics laws so the governor could make money on a book deal while still in office, while Christie would go along with $10-million in pay raises annually for legislative staff, judges and cabinet members.

"You scratch my back, I'll scratch yours. And that's what we see here. Christie gets a book deal and then some people get their salaries raised," Jeff Tittel of the NJ Sierra Club said.

"To loosen ethics laws for a governor who has been so extremely unethical is absolutely ridiculous. The mystery is why on earth Democratic leadership would be going along with this," Ann Vardemna of NJ Citizen Action said.

The bills have been rushed through in just a week.

Lawmakers have been bombarded with phone calls against the legislation.

Critics compare it to extortion and we're told there was heated discussion about the bills in party caucuses Monday afternoon.

"It's wrong and I hope we stop it. I believe we will," Senator Ray Lesniak (D) of Union County, NJ said.

Another controversial bill being considered would end the requirement for counties and towns to post legal notices in printed newspapers.

Governor Christie claims it'd save millions. Critics say it would cut ad revenue to papers causing shutdowns and layoffs. It's been nicknamed the "revenge bill."

"It's a clear payback to the press and to the local papers like the Bergen Record that discovered the Bridgegate scandal," Doug O'Malley of Environment New Jersey said.

Over the weekend Governor Christie tweeted his response: Sens. Weinberg & Gordon "revenge" on taxpayers? Force them to pay $80m a yr to newspapers rather than free posts on the web. Need tax relief

Sens. Weinberg & Gordon "revenge" on taxpayers? Force them to pay $80m a yr to newspapers rather than free posts on the web. Need tax relief