Beach erosion taking its toll on the New Jersey shore 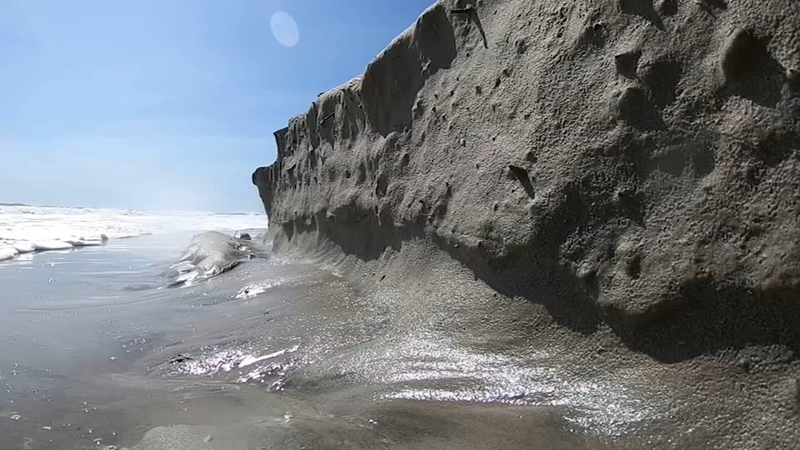 Beach erosion taking its toll on the New Jersey shore

"It's very sad," said Sue Lyons of North Wildwood. "We go through this, what seems like every year, but this seems like the last two years have been the worst two that I've seen in a long time."

It's a similar story in Ocean City, but the disappearing beach didn't stop dozens of people from enjoying the sun and the water Tuesday morning.

"We're seeing if the surfers are catching any waves," laughed Ed Clark of Wynnefield.

However the erosion has created growing concern among people who live along the shore, as it continues to take chunks away from the beach.

"I think its more sentimental for me," said P.J. Hondros of North Wildwood. "I've been coming here my whole life and to see it like this is really upsetting. Its been even more so the past five years it's been eroding constantly."

Mayor of North Wildwood, Patrick Rosenello, said the line of tropical storms and hurricanes in the Atlantic have slowly destroyed their beach line. He said the city spent about $10 million trucking in sand and installing a bulkhead from 2nd to 13th avenues.

"It's obvious from what we've seen today that had we not extended this bulkhead, there would be irreparable infrastructure and private property damage on this island," said Rosenello.

Rosenello said the U.S. Army Corps of Engineers and the New Jersey Department of Environmental Protection are responsible for their shore's protection. He said the agencies are ignoring the urgency of the situation by failing to implement a project to fix the issue.

"Unfortunately they are bureaucracies and we really can't seem to get them away from their desks in Philadelphia and Trenton to get down here and see what is going on and take some action," said Rosenello.

In a statement, a spokesperson for the U.S. Army Corps of Engineers Philadelphia District said: