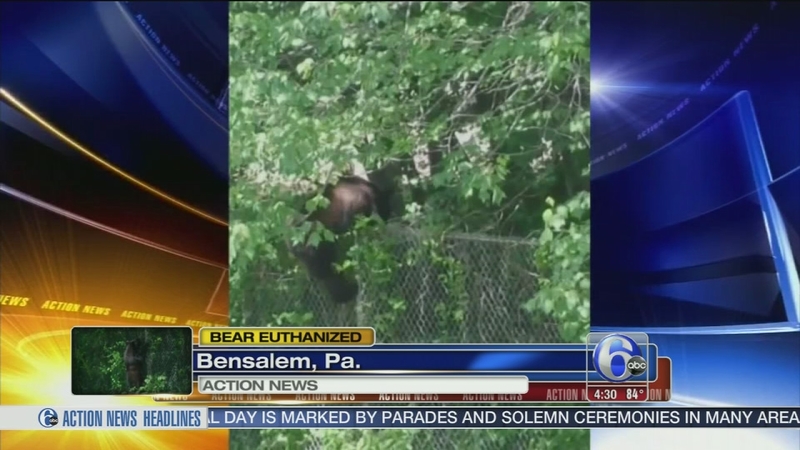 BENSALEM, Pa. (WPVI) -- Action News has confirmed that the elusive bear spotted in Bensalem, Bucks County had to be euthanized Monday morning.

Authorities speculate that the bear may have been struck by a car.

The animal was spotted Sunday afternoon on the grounds of the Bucks Meadow Apartment complex in the 3100 block of Knights Road. 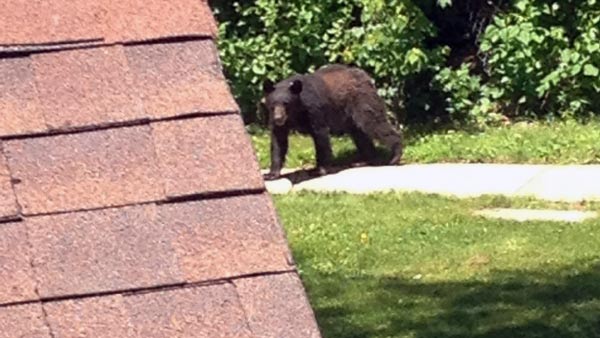 Bear spotted in Bensalem, Pa.
Police say a bear was sighted climbing a fence into the Bucks Meadow Apartment Complex.

Viewer Michele Calton took photos of the bear and sent them to Action News.

Authorities said they believed the bear was 1 year old and around 125 pounds.

Rick Voran took video of the sighting from a safe distance.

"We were there, and we saw the bear come back through the fence of our apartment complex," Voran said. "It was pretty exciting. You don't see that every day in Bucks."

Between Friday and Sunday, sightings were reported from Bensalem Boulevard and Clearview Avenue to near the township's municipal building.

Wildlife conservation officers from the Pennsylvania Game Commission said twice in three days they got close to the male bear.

"We found the bear, and I was able to get close enough to tranquilize him," said Chris Heil of the Pa. Game Commission.

Heil said the presence of other people in the area likely scared the tranquilized bear, and it ran off into the woods.

Early Monday morning the bear was spotted again, this time with a broken leg.

The Game Commission made the decision to euthanize the bear to prevent further suffering.