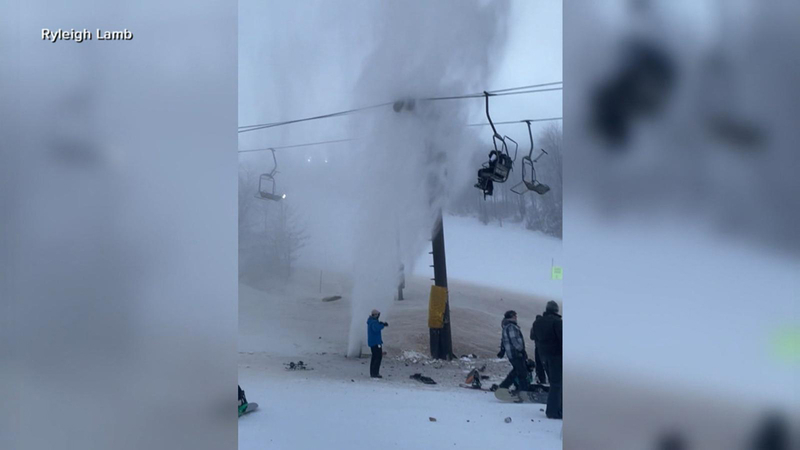 Petrified onlookers at Beech Mountain Resort in Avery County watched helplessly as the spraying water shoots vertically in the air under the loaded lift. Trapped skiers jumped 25 feet from the lift to safety.

"The water was so high, it just sprayed [skiers] so fast, and they fell on top of each other and had bruises on their faces," Lamb said.

Two people were injured, according to the resort.

Emma Lopinto, one of the skiers who jumped, told ABC affiliate WSOC that she's still in quite a lot of pain.

"I have bruises from head to toe -- some big, some small, just all over my body," she said.

"I don't want to put blame on anyone," she added through tears. "I just want people to know it was a more serious event than I think what's being said."

Beech Mountain released a statement to WSOC, noting that resort staff did not give skiers the instruction to jump.

"As soon as we became aware of the problem, we took action as quickly as possible to shut off the water and assist the remaining skiers in disembarking at the top of the lift," the statement read.