Philadelphia has repeatedly insisted that Simmons was in breach of his contract under the collective bargaining agreement.
ESPN
By Ramona Shelburne Bobby Marks Adrian Wojnarowski PHILADELPHA -- Brooklyn Nets guard Ben Simmons has filed a grievance to challenge the nearly $20 million of salary withheld to him by the Philadelphia 76ers this season, setting up a potentially significant showdown, sources told ESPN on Saturday.

Video in the player above is from a previous story

The grievance -- which will now go to an arbitration process -- could have larger league implications amid future issues of mental health matters and NBA contracts.
Philadelphia has repeatedly insisted that Simmons was in breach of his contract under the collective bargaining agreement between the NBA and National Basketball Players Association and had the right to recoup the money advanced to him before the season. The NBA and NBPA have been at odds on this issue and now arbitration could set a precedent on how future matters of mental health and contracts might be handled.

The filing was made with the team, NBA and NBPA late this week, sources said.

The 76ers have insisted that Simmons breached his player contract upon failing to show up for the start of training camp and refusing to play during the preseason and regular season. Simmons arrived in Philadelphia near the end of the preseason but cited his mental health for the reason that his participation in team activities was so limited.

The 76ers and Simmons disagreed over the degrees of access that the team and its doctors were allotted to Simmons to diagnose and affirm his mental health.

In an attempt to resolve the matter without arbitration, Simmons' representatives had several conversations with the Sixers since the blockbuster trade to Brooklyn for James Harden on Feb. 10, sources said. Those talks ended without a resolution, prompting the filing of the grievance, sources said.

Simmons and his agent, Rich Paul of Klutch Sports, requested a trade in a postseason meeting after the three-time All-Star guard had a falling out with the team upon a poor performance in an Eastern Conference finals loss to Atlanta. Simmons, the No. 1 pick in the 2016 NBA draft, has been one of the league's top defenders and signed a five-year, $170 million maximum contract in 2019.
Beginning with Simmons' first paycheck on Nov. 15, Philadelphia began to claw back the per-game salary of $360,000 for each game Simmons missed this season. Because Simmons received a $16.5 million advance of his $33 million salary in the offseason, there wasn't enough money in each paycheck to cover the per-game deductions.

Minus the amount for escrow that was withheld by the NBA, the 76ers had been withholding nearly $1.3 million of Simmons' salary in each of his paychecks. That has continued since the trade to the Nets, who were made to deduct salary from Simmons' pay to wire to the 76ers, sources said. Because Simmons' last paycheck is on April 30, the deductions should carry over to the offseason. Once again. Simmons will receive a $8.25 million advance on July 1 and Oct. 1. 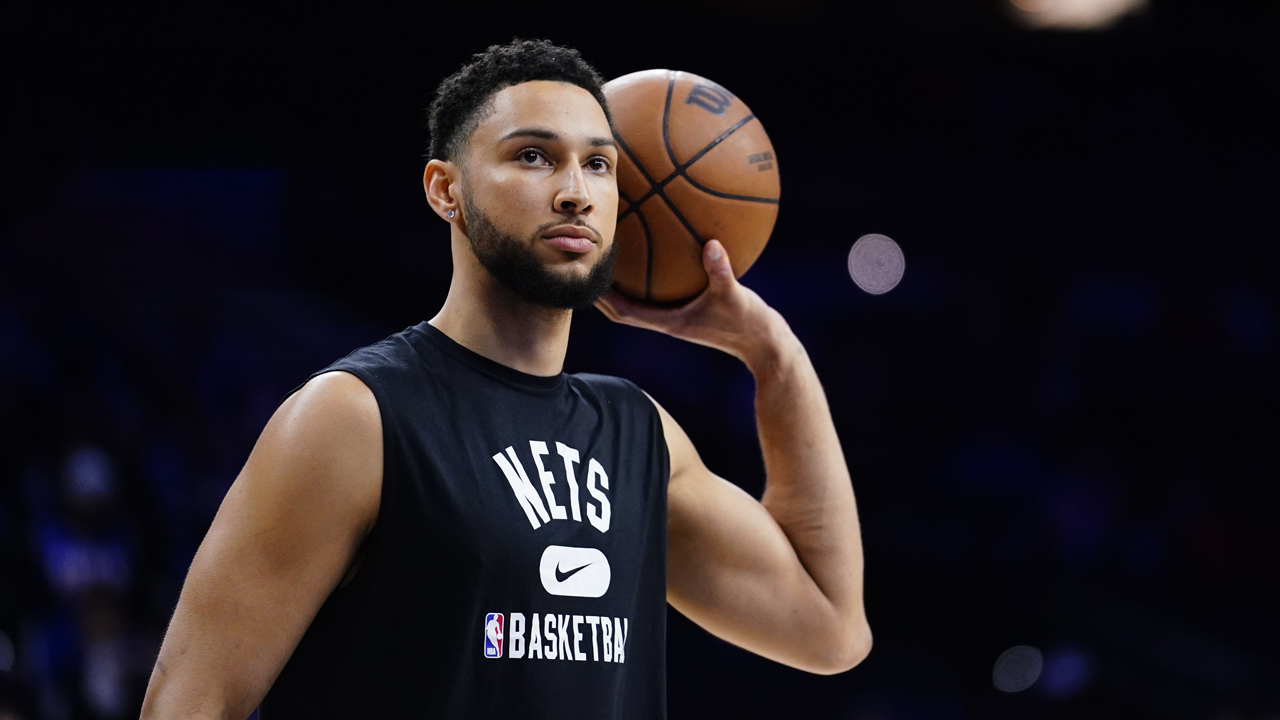 It has been six weeks since Simmons was traded from Philadelphia to Brooklyn, but Simmons' representatives say they believe the trade did not trigger a 30-day window to initiate a grievance because the issue had been ongoing all season, sources said.

Simmons has yet to play a game for the Nets. He had a previous back injury flare up while he tried to ramp up his conditioning to debut with the Nets. Simmons, who hadn't played since June's playoff loss, received an epidural injection to treat a herniated disk in his back last month. Simmons' back issue and relevant scans were disclosed during the trade discussions and did not pose any significant long-term issues for the Nets at the time, sources said.