Ben Simmons surprises brother with new car for his birthday 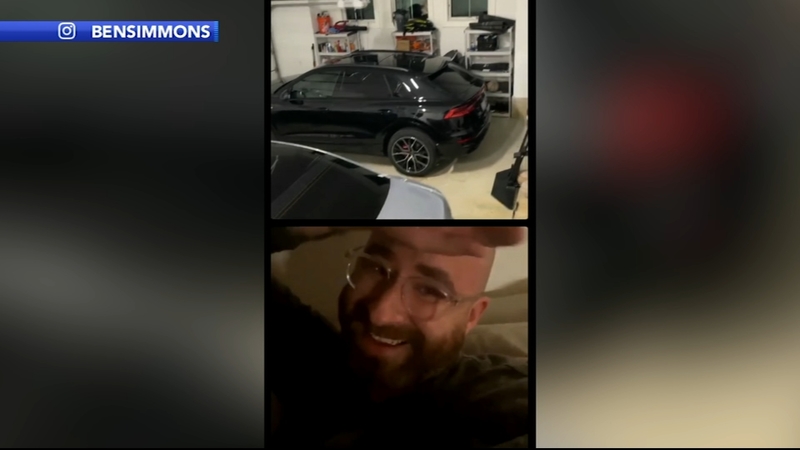 The Philadelphia 76ers star surprised his brother Sean with a brand new car.

Ben gifted his brother an Audi SUV for Sean's birthday.

And he did it all with thousands watching live on his Instagram page.

"10,000 people here?" Ben said as he looked at the growing viewer count on his livestream.

He then walked to his garage with his brother looking on.

He focused the camera one vehicle in particular.

Sean broke out in laughter.

"That's your car," Ben said, giving his brother a tour of the Audi. "It's all yours man."

The act of Brotherly Love made Sean cry.

"Why would you go and do something like that?" Sean asked his brother as he wiped away tears.

Ben jokingly cheered that he got his brother "crying on the live."

Ben said he appreciates all the hard work his brother has done for him.

The NBA All-Star pointed out that the vehicle is "baby friendly," which is a good thing, as Sean had a baby on his lap during the video chat.

Whenever Sean is ready, Ben said he can come pick up his new car.

The two ended their conversation with "I love you."