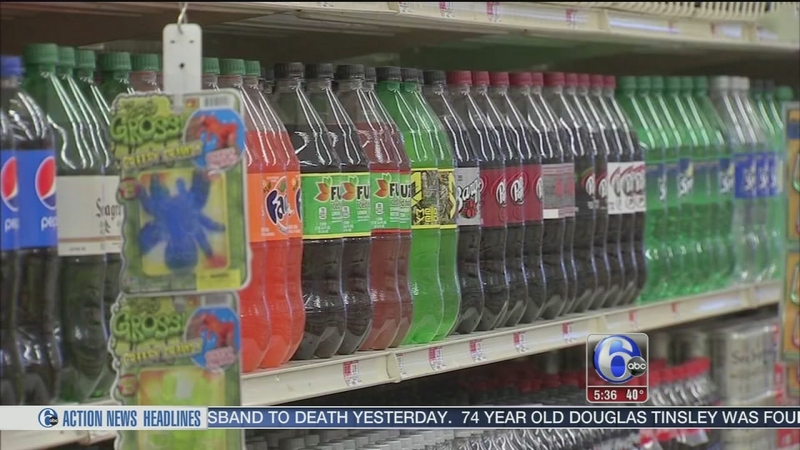 The trends have to do with sales in some stores just outside the city line and not subject to Philadelphia's 1.5- cent per ounce sweeten beverage tax.

"We're seeing stores outside the city see some increased volume in traffic specifically as it relates to sugar beverage sales," Croce said.

Croce says there is not enough clarity yet to say for sure the upswing comes from Philadelphia residents.

"Stores outside the city limits are getting some added foot traffic. One can only assume they are coming from the City of Philadelphia," Croce said.

At the Coventry Deli in Center City, owner David Robner says bottled soda sales are off 20 percent, even though he absorbs 2/3 of the tax.

Figuring out what's taxed and what's not is aggravating for his cashiers.

A cup of coffee? That is not taxed.

A cup of plain tea or...is it sweetened tea?

"Which is which? How can you tell? You won't know," Robner said.

As for people possibly going over the border to buy, the mayor who supports the tax believes if that happens it won't last long.

"People are cranky about it. They are going to go outside for a while, but that trip out to the county is gas. Want to go to Jersey? You pay a toll," Mayor Jim Kenney said.

Croce is not so sure it will be temporary. Faced with higher costs, people look for value and that could cost the city revenue.

"They will take their dollars outside the city," Croce said.