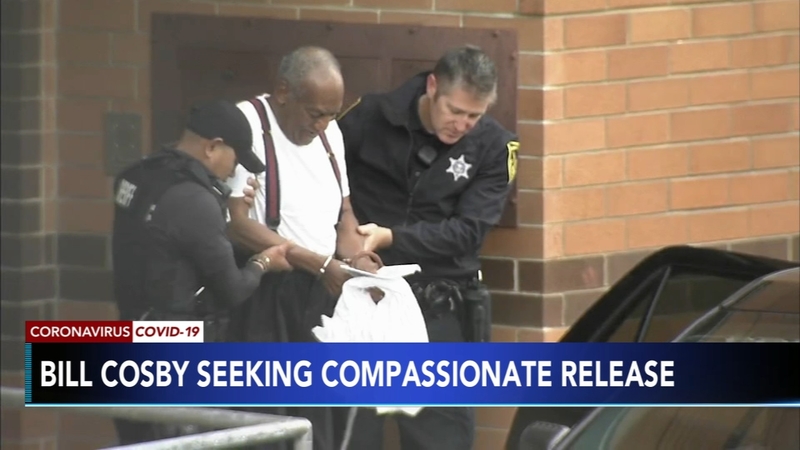 SKIPPACK TOWNSHIP, Pennsylvania (WPVI) -- Bill Cosby's lawyers are asking Governor Wolf for "compassionate release," saying the comedian and actor could not survive COVID-19 behind bars with his underlying medical issues.

His attorneys released new information on Saturday saying the convicted sex offender had two major surgeries to relieve blockages in his carotid arteries last fall to prevent him from having a heart attack.

Cosby is imprisoned at SCI Phoenix where several cases of COVID-19 and one death have been reported, officials say.