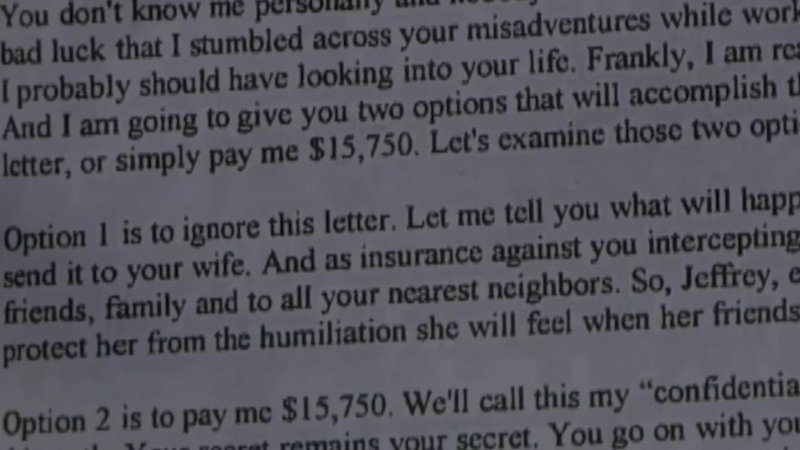 CHEVY CHASE, Md. -- Men in a wealthy Washington suburb have been receiving letters threatening to expose their dark secrets to their wives.

The problem, The Washington Post reports, is some of these men don't even have wives.

The letters are part of a growing scam that tries to extort people for Bitcoin, a cryptocurrency that's hard to track.

Jeff Strohl says he received a Nashville-postmarked letter from "GreySquare15" demanding a Bitcoin "confidentiality fee" worth $15,750. After his initial shock, he figured it was a scam. He posted about it on a community listserv to find he was far from the only Chevy Chase resident to receive such letters.