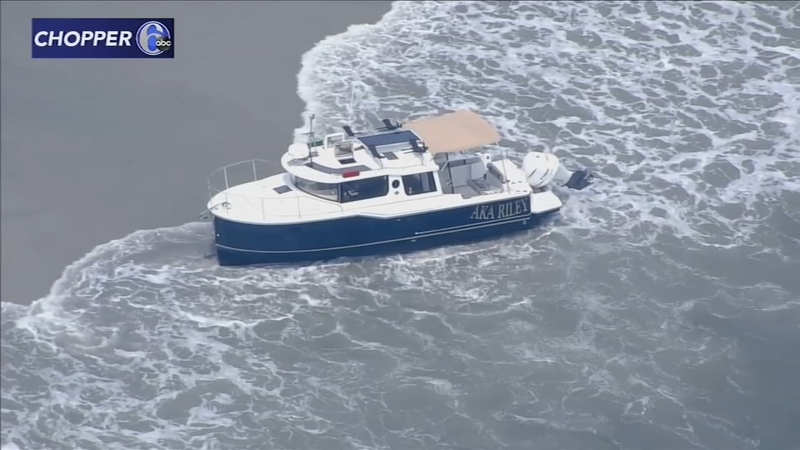 Beachgoers stunned as boat runs aground at Jersey Shore

NORTH WILDWOOD, New Jersey (WPVI) -- Stunned beachgoers could only watch as a boat ran aground on the shore in North Wildwood, New Jersey on Tuesday afternoon.

Photos and video from the scene show the boat at rest on the beach near 13th Street with a crowd of onlookers nearby.

It would seem #BREAKING news has followed me while on vacation. Boat runs ashore in North Wildwood. Happened around Noon at 13th and the Beach. No word on injuries. @6abc @TrishHartman pic.twitter.com/atgBgY599i

It was around 12:30 p.m. when a typical day at the beach was interrupted.

"It came right at us. And when I saw it coming I didn't really see anyone in the boat. I thought it was like a driverless boat," said Ryan Rettew of Hatboro, Pa.

Ryan and his mom Tiffany were relaxing in beach chairs at the water's edge when they say the boat came barreling towards them. 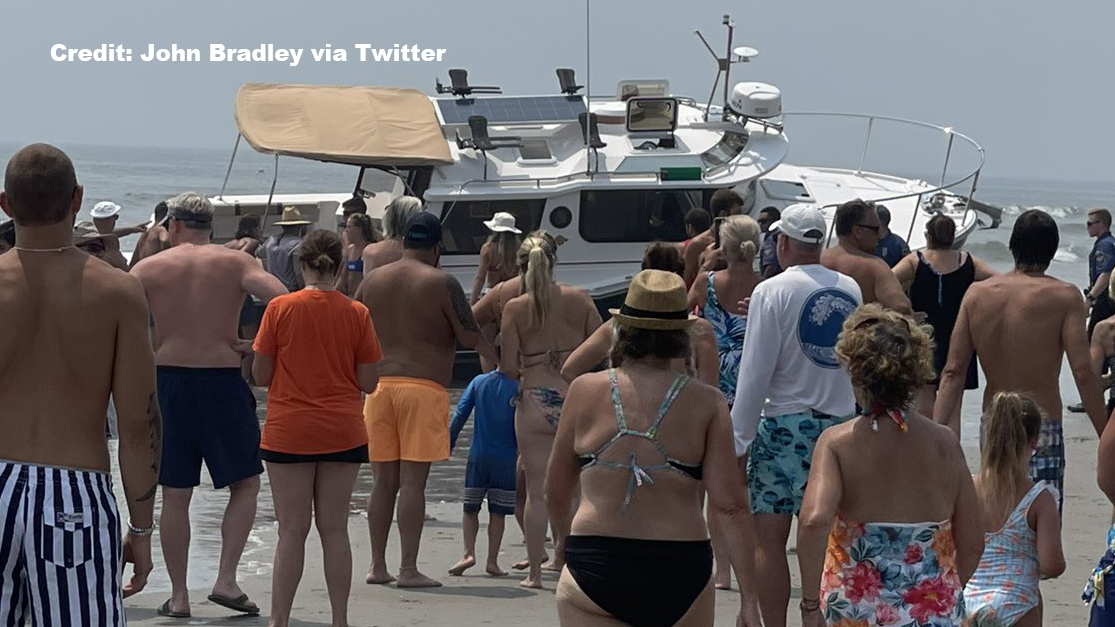 "I just kept thinking 'the boat's going to turn at some point!' And then it didn't, it just came straight at us. We jumped out of our chairs and ran - our chairs got squished - and I'm just glad we're here and we're alive," Tiffany Rettew said.

Police say no one in the boat or in the surrounding area was injured. Police, beach patrol and first responders were on the scene and eventually the boat was towed away from the shore.

Witnesses say a man, two women and a dog were on board. 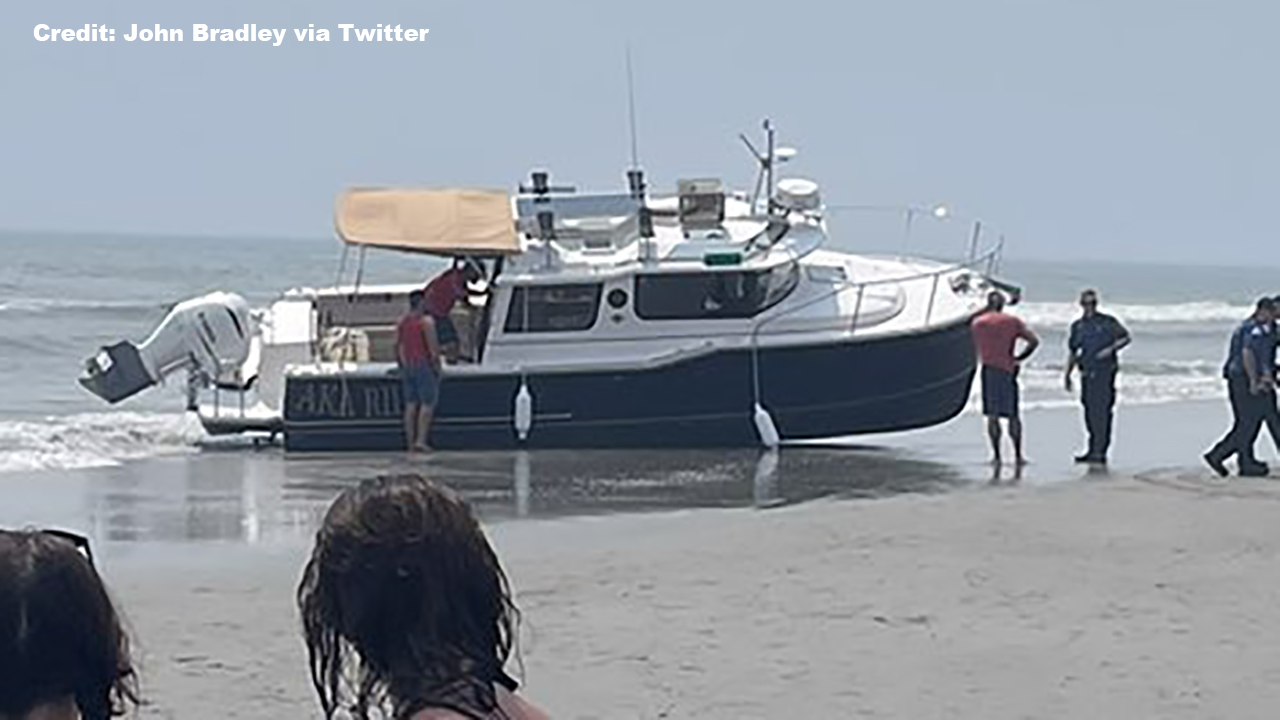 "I said 'he's coming right at us!'" said John Fisher of Deptford, N.J. "And we jumped up, my wife and I, to run towards the boat to get the people out of the water. And all of a sudden he hit the sand and the boat spun this way right at us, and I said 'run!'"

Witnesses say, fortunately, no one was swimming in the water at that spot where the boat came in.

North Wildwood police are still investigating what happened that caused the boat to speed towards the beach.

This incident comes just one day after another unusual incident at the Jersey shore.

On Monday afternoon, a pilot landed a banner plane on the 9th Street Bridge, which connects Ocean City and Somers Point in Cape May County.

An investigation is underway after a banner plane made an emergency landing on a bridge in Ocean City, New Jersey Monday afternoon.

Landon Lucas, an 18-year-old flying for Paramount Air Service, reported that his plane began to experience engine trouble as he was flying near Steel Pier in Atlantic City, officials said.

He released his banner into the ocean and was attempting to reach Ocean City Municipal Airport when he spotted a gap in traffic in the westbound lanes of the causeway.