'Bomb cyclone': What to know about this kind of monster storm 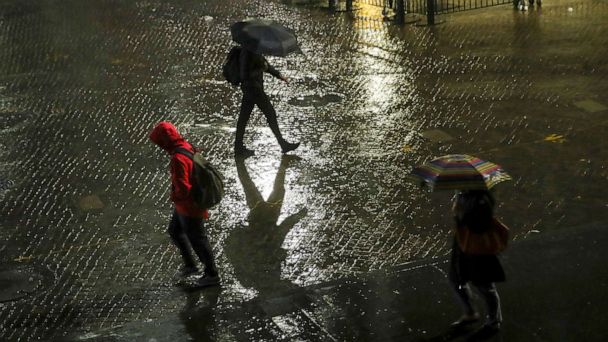 As a powerful Nor'easter wreaked havoc in New England overnight, it underwent what's known as bombogenesis or "bombing out."

Bombogenesis -- or a "bomb cyclone" -- occurs when the pressure of a storm drops 24 millibars in 24 hours, or at the rate of 1 millibar per hour. A millibar is a measure of atmospheric pressure inside a storm, telling meteorologists how strong or weak the storm system is.

It usually happens when a storm system moves over the warm waters of the western Atlantic Ocean and the Gulf Stream at the same time that Arctic air moves in from behind.

The difference between the two air masses helps to strengthen the storm system, creating what's known as bombogenesis.

As a storm system moves over the Gulf Stream off the East Coast, it picks up all the available moisture and dumps it in the form of snow if there is enough cold air in place.

The lower the storm's pressure, the stronger the winds are around the storm.