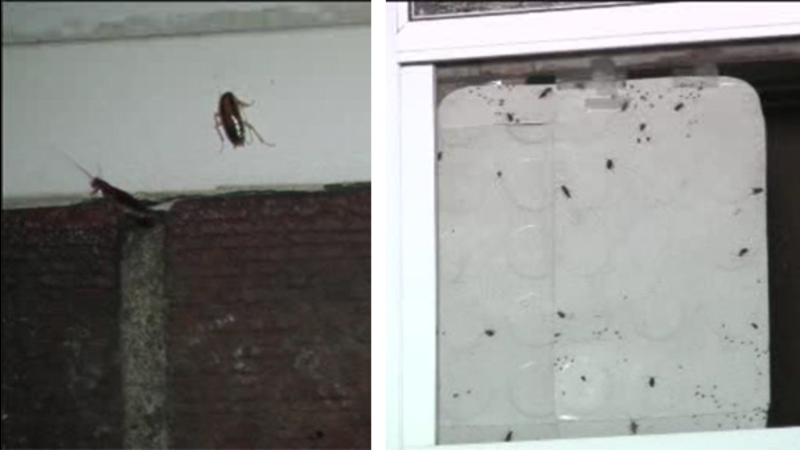 BRIDESBURG (WPVI) -- Frustrated residents in Philadelphia's Bridesburg section say they are dealing with an infestation of roaches.

They say they first noticed an increase in roaches inside their homes and on the sidewalks back in May.

Neighbors initially tried to get rid of the pests using bug spray and some even contacted exterminators but that didn't work.

It was later discovered that the increase in insects were coming from a home on their block.

Residents say an elderly man lives there and the home is infested with thousands of roaches.

Neighbors say they called L&I, City Hall, along with the Philadelphia Corporation for the Aging but were unable to get assistance.

Then residents tell Action News that earlier this week officials removed the man from the home, taking him to a local hospital.

Complaints have continued however because residents say the roaches problem has worsened.

Neighbors tell Action News they were told that exterminators will be back on Monday afternoon.