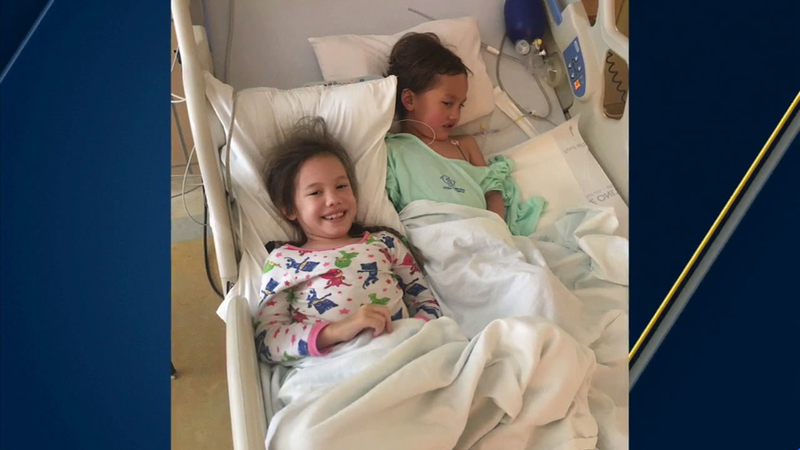 LONG BEACH, California (WPVI) -- A brother and sister in California received the same cancer diagnosis within a week. Their parents want to let the public know about their children because the cause is thought to be genetic.

Then within a week both children were diagnosed with medulloblastoma. Doctors found a tumor, similar in size in the same parts of each of the children's brains. The family now had to fight cancer.

"You cry so much the week before and then whatever you have left is just broken. My wife and I were just holding each other in tears," said father Duncan Avery, a surf coach at Redondo Union High School.

Miller's Children's Hospital in Long Beach, California has become a second home, according to the kids' mother.

Doctors told the Averys there are rare reports of siblings developing brain cancer, but not showing symptoms at the same time or being diagnosed with the very same type of cancer.

"I made a conscious effort and I talked to my husband. We can't ask why we need to ask, what now? How do we go forward?" Nohea Avery said.

These parents decided to become advocates. They created an Instagram account, @fight.like.the.averys, to create a community of awareness.

"With the advances in medicine and if there's just a way to say, 'hey, you know what, this gene triggers the medulloblastoma,' maybe they can catch it early enough," Duncan Avery said.

"As a mom, your job is to comfort your babies. Your job is to hold them, give them a kiss and then everything is better for them. And to not be able to do that is the hardest thing," Nohea Avery said.

She pledged to do all she can to make sure no one else feels that hopelessness.