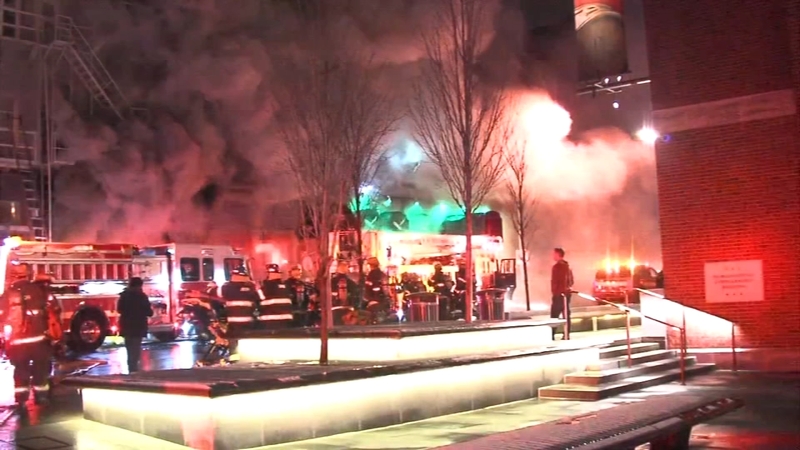 PHILADELPHIA (WPVI) -- A multi-count indictment has been leveled against two brothers who prosecutors say set their Old City Philadelphia business on fire.

"The fire was intentionally started with a gasoline accelerant in the basement of 239 Chestnut Street," said William McSwain, the U.S. Attorney of the Eastern District of Pennsylvania.

Federal prosecutors laid out the details of the 10-count indictment on Thursday.

The charges include multiple counts related to arson, as well as wire and mail fraud.

The Dawara brothers were allegedly after insurance money, taking out a $750,000 policy just two weeks before the fire.

"A mere four days prior to the fire, Imad Dawara requested that the broker send him proof of the insurance coverage," said McSwain.

Investigators say it was his brother, Bahaa, who started the blaze in the basement of their business using gasoline.

The brothers were arrested Wednesday night. One brother arrived at Philadelphia International Airport to pick up the other when both were taken into custody.

Prosecutors say the owners were at least $64,000 behind in payments to their landlord and were being evicted.

McSwain says on February 2, 2018, the brothers were asked to vacate the premises. 16 days later the buildings went up in flames.

The fire grew to four alarms and ripped through several buildings along the 200 block of Chestnut Street in Old City.

The Dawara brothers faced a judge on Thursday afternoon. They never received any of the insurance money they were allegedly after.
Report a correction or typo
Related topics:
old city (philadelphia)philadelphiafirearsonarson investigation
Copyright © 2021 WPVI-TV. All Rights Reserved.
More Videos
From CNN Newsource affiliates
TOP STORIES