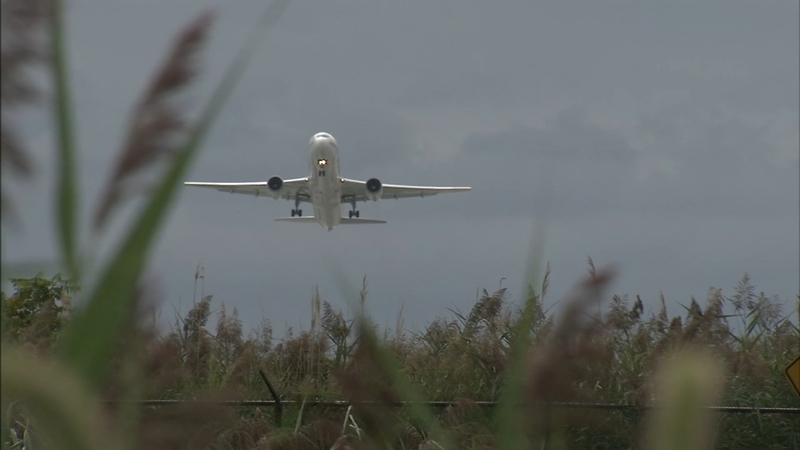 PHILADELPHIA (WPVI) -- American Airlines has said it will cut more than 40,000 jobs in October, including 19,000 through furloughs and layoffs, as it struggles with a sharp downturn in travel because of the pandemic.

"Currently, in Philadelphia alone, we're looking at over 480 flight attendants that will be furloughed," said Brian Morgan, an American Airlines attendant and local representative for the Association of Professional Flight Attendants.

He says the impact goes beyond just AA.

"That doesn't include the number of carriers that'll be furloughing. The overall industry impact is going to be over 75,000 alone," said Morgan.

"Based on current demand levels, we at American now plan to fly less than 50% of our airline in the fourth quarter, with long-haul international particularly reduced to only 25% of 2019 levels," said American Airlines in a statement.

But there could be hope for those employees.

"The one possibility of avoiding these involuntary reductions on October 1 is a clean extension of the Payroll Support Program (PSP)," the company says.

The PSP was enacted by Congress back in March. It's set to end September 30.

Morgan says an extension of it by Congress is their only hope.

"There are hundreds of thousands of lives that are depending on this. The airline doesn't get the money, it all goes directly to the employees to extend our pay," said Morgan.

"We need households to have that extra income at this time as they continue to look for jobs, knowing that jobs are few and far between," said Deritis.

He believes the economy truly can't quite recover until there's a better handle on the virus.

He said, "We need to restore confidence and once we have confidence then a lot of other things will come together."

Morgan says Wednesday, union members are marching to US Senator Bob Casey's office at 1 p.m. to put the pressure on.