Watch the moment a murder suspect crashes during California chase 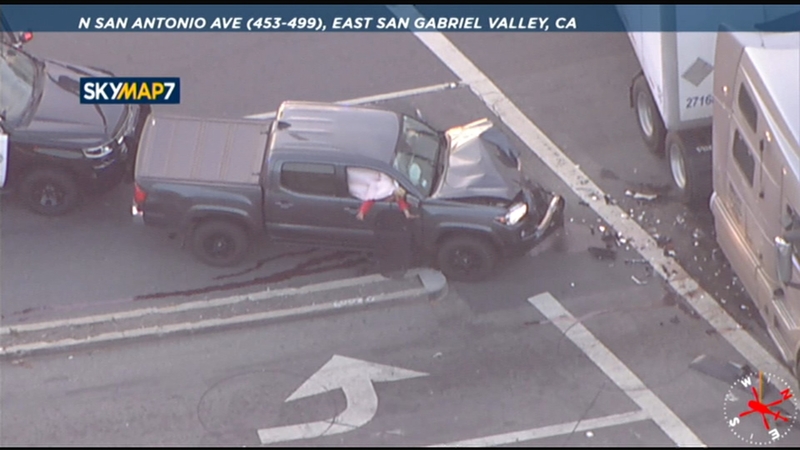 Chase of murder suspect ends in crash in Pomona

POMONA, California -- A fleeing driver slammed into a tractor-trailer in California, bringing an end to a dangerous and erratic chase on Tuesday night.

Several law enforcement vehicles were at the scene the moment the murder suspect crashed a pickup truck and surrendered at an intersection in Pomona around 7 p.m. A passenger in the truck also exited and was taken into custody.

During the chase, the suspect drove onto the sidewalk and came very close to hitting other cars on the road. The suspect also ran red lights and drove into oncoming traffic.

A murder suspect is leading authorities on a dangerous chase across Riverside and Los Angeles counties Tuesday evening.

Television helicopters were over the chase around 6 p.m. local time as the driver was traveling at high speeds on the 60 Freeway. Prior to reaching Pomona, the suspect led officers into the San Gabriel Valley area, speeding over 75 mph.