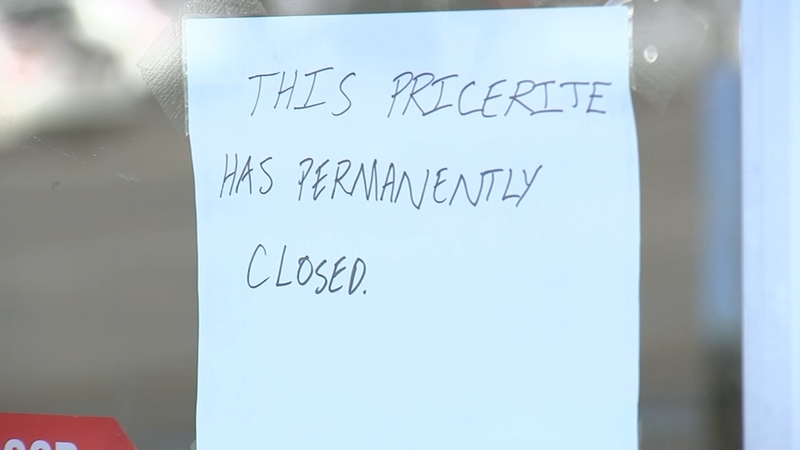 CAMDEN, New Jersey (WPVI) -- Residents in a city already considered a food desert are shocked over the abrupt closure of their grocery store.

The Price Rite at 2881 Mount Ephraim Avenue in Camden, New Jersey closed its doors recently. It's the biggest grocery store in the city.

The sign on the front of the store suddenly was removed and a handwritten note was placed on the glass doors stating: "This Price Rite has permanently closed."

"I didn't know they were closing down until like a week before I went in there," said Dazmere Biles of Camden. 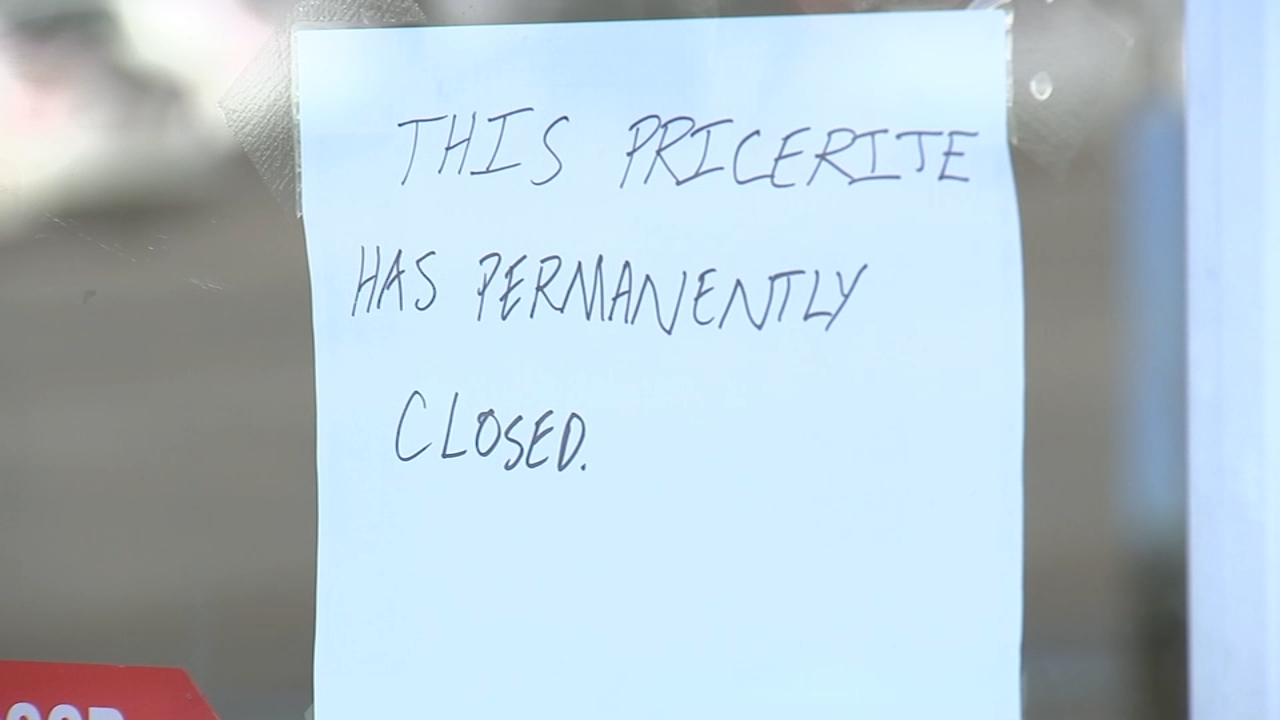 "We had our own market. It's gone. No warning, no signs," said neighbor Robert Williams.

Residents now say the small Save A Lot grocery store across the street is pretty much their only option in town, and that's just not sustainable.

"I drive and I have my car. For those that don't have cars or have to bus, it's horrible in this kind of weather. Most of the seniors go there because they could afford the food," said Williams.

"I wanna say stop taking all of our stores out of the city. We need stores. There's nothing here as it is. Bring our stores back," said Biles.

Camden Mayor Victor Carstarphen wouldn't elaborate on why the store closed but recognizes this is a big loss for the residents.

"Having fresh produce, having groceries for our residents, and filling that space, it's of utmost importance," said Carstarphen.

The mayor says he's very confident another grocery store chain is going to move into the vacant location soon.

"As a former basketball player, we have an open layup and I think the layup is right there," said Carstarphen.

Pastor Pat Rivers of Centerville Outreach Ministries on South 10th Street said she and her husband have fresh groceries available daily located across the street from their church for free.

They say the need is huge. "Hundreds come by," said Rivers.

She says a city the size of Camden must have its own major grocery store.

"We're going to miss being able to go there and find the foods that we like and that we need for our bodies," said Rivers.

Plans on what could replace the Price Rite or a timetable have not been released.