The investigation into the insurrection of the Capitol continues with the FBI still looking for more than 300 people.
WPVI
By Annie McCormick and 6abc Digital Staff 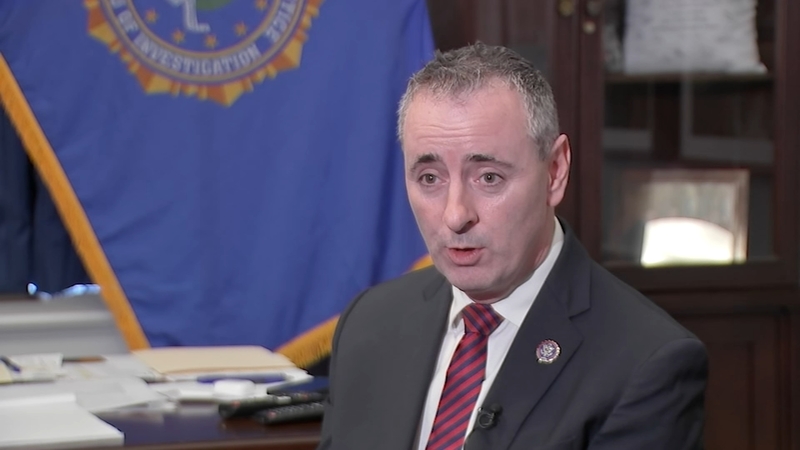 Pa. leaders reflect on 1 year since January 6 US Capitol insurrection

WASHINGTON (WPVI) -- It has been exactly one year since the U.S. Capitol riot incident killed five people, including protestors and police.

The Capitol sustained $1.5 million in damage.

The investigation into the insurrection of the Capitol continues with the FBI still looking for more than 300 people.

Of the more than 700 defendants arrested so far from across the country, Pennsylvania is only second to Florida, with the highest number of citizens involved.

One of the youngest defendants, 19-year-old Leonard Pearson Ridge of Bucks County, was sentenced this week.

Shocking images showed some local lawmakers on the floor of the House as the Capitol came under siege.

"I'm surprised and dismayed. I realize in some ways, it's not their fault they've been fed lies," said Congresswoman Madeleine Dean (D-PA 4th District).

Both of these members of congress serve Pennsylvania, Dean a Democrat and Brian Fitzpatrick, a Republican.

Both voted to certify the presidential election.

"There's a lot of misinformation being spread out there, which compounds the problem. Especially with social media where false information can be put out there. It spreads like a wildfire, and people believe it," said Fitzpatrick (R-PA 1st District).

Fitzpatrick broke from some Pennsylvania Republicans who voted against certifying the election.

Fitzpatrick also voted against impeachment and then drafted language to censure Trump.

RELATED: 'I was calling my husband wearing a gas mask': US lawmakers open up after January 6 Capitol siege

"You need to look at the manifestation of it and if it's going to further divide the country and ultimately lead to a failure which we all knew was going to happen in the senate," said Fitzpatrick.

Dean was tapped by the House speaker to become one of nine impeachment managers.

"Certainly, it's a trial to the senate, but much more, it is a record for history of what took place. So it felt weighty and worthy, and I felt so honored," said Dean.

But even a year later, elected members from both sides of the aisle are still receiving threats.

"The FBI sent notice to us there are some groups in Pa. that mentioned my name as a target for domestic terrorism," said Fitzpatrick.