'I was calling my husband wearing a gas mask': US lawmakers open up after January 6 Capitol siege 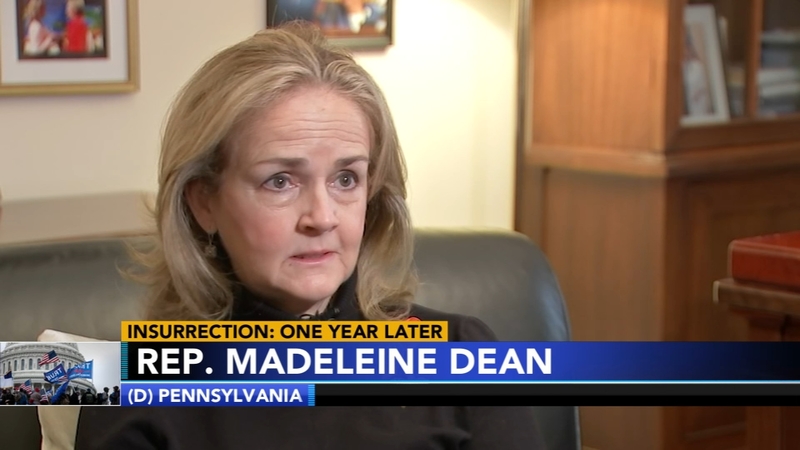 US lawmakers open up after January 6 Capitol siege

WASHINGTON (WPVI) -- Congresswoman Madeleine Dean (D-PA 4th District) and Congressman Brian Fitzpatrick (R-PA 1st District) got emotional as they discussed their experiences one year after the January 6 US Capitol insurrection.

Fitzpatrick said, "Capitol police or security had gone to the microphone and said that I'll never forget. I'll never forget this. 'The Capitol has been breached, but we have it under control.' Those are two comments that don't make any sense."

Images later that week surfaced on social media of local lawmakers on the floor of the House as the Capitol became under siege.

The Capitol sustained $1.5 million in damage.

Fitzpatrick and Dean both voted to continue certifying the election.

Dean was called to serve as one of nine impeachment managers.

Fitzpatrick voted against the impeachment so did Vandrew and Meuser.

Both Fitzpatrick and Dean reflected on how democracy prevailed that day.

"We must do certain things to memorialize that day to remember things we shouldn't forget," she said.

Fitzpatrick added, "I would like to see a commemoration of everybody we lost who was injured. And a reminder that democracy came under attack and democracy sustained and succeeded."