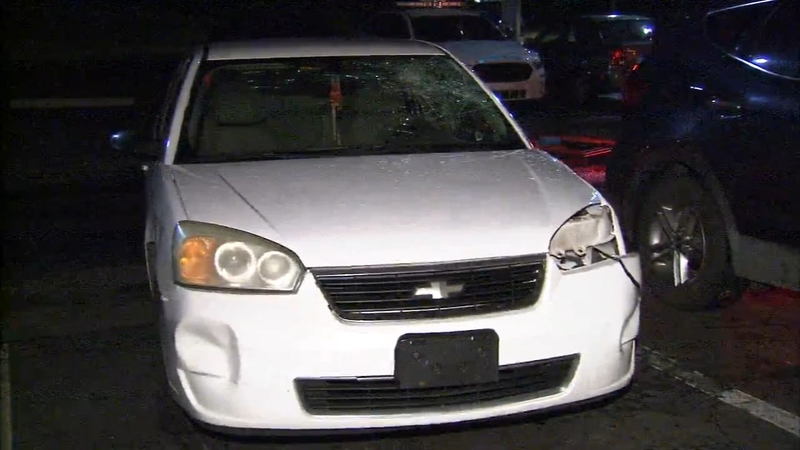 TREVOSE, Pa. (WPVI) -- Philadelphia police think they have located the car involved in a hit-and-run that killed a 17-year-old boy.

The white vehicle with front end damage was taken from the parking lot of the Red Roof Inn in Trevose, Bucks County Tuesday night.

Forensics teams will work to establish whether this was the car that struck John Gbaa on the 7600 block of the Roosevelt Boulevard in Philadelphia's Rhawnhurst section.

According to police, Gbaa was run down just before 1 a.m. Sunday while crossing the southbound lanes of the Boulevard near Faunce Street.

Family members say he was likely coming home from a friend's house.

"He's a brilliant child. He liked to hug me and give me kisses and stuff," said Gbaa's aunt Eva.

Police say Gbaa, known as J.J., was likely crossing in the middle of the block. He was taken to Jefferson University Hospital where he was later pronounced dead.

His family says Gbaa was a junior at the Philadelphia Learning Academy.