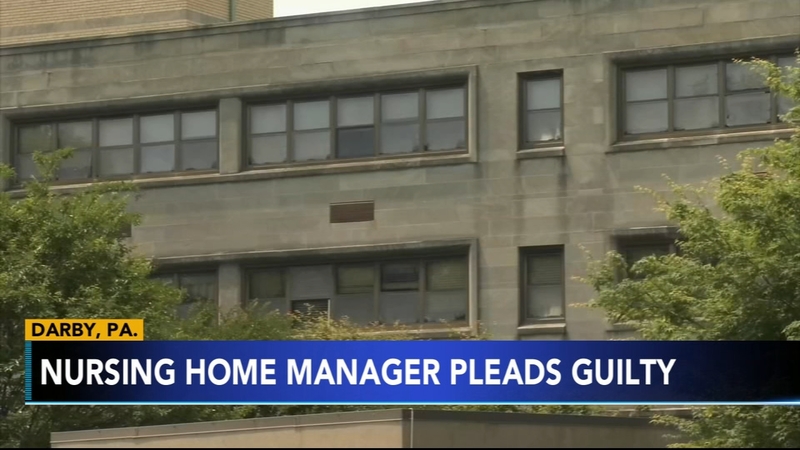 DARBY, Pennsylvania (WPVI) -- The former manager of a Delaware County nursing home has pleaded guilty to recklessly endangering the lives of three residents.

The initial investigation began in August 2017, after authorities say staff at the Mercy Catholic Medical Center's Mercy Fitzgerald Campus notified the Delaware County Office of Services for the Aging of concerns they had for the poor condition of several residents transferred from St. Francis.

"Steg's employees repeatedly warned him that St. Francis' chronic staffing problems endangered the residents. He ignored their warnings and his reckless decision making caused these three Pennsylvanians serious bodily injury and ultimately led to their death," said Shapiro in a press release.

As part of the plea agreement, Steg will be sentenced to 6 to 23 months of house arrest followed by three years of probation.

He also has to provide restitution to the victim's families and also pay a $15,000 fine.