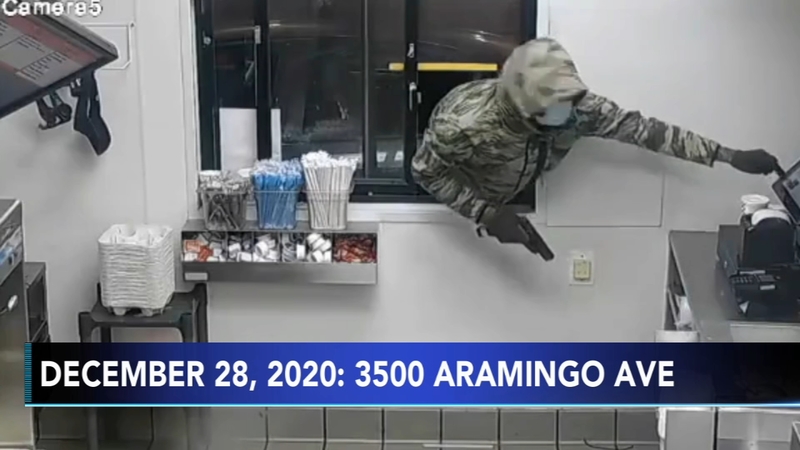 PHILADELPHIA (WPVI) -- Philadelphia police are searching for two suspects wanted in an attempted armed robbery at a fast-food restaurant drive-thru.

Police say the driver pulls up to the drive-thru in a dark-colored sedan, possibly a gray Toyota Corolla, places an order and then drives up to the cashier window.

Once at the window, as the cashier was completing the transaction with the driver, the video shows a second suspect in the rear passenger seat grab the cashier's wrist and point a gun at her.

The driver then exits the car armed with a handgun and reached in to the drive-thru window.

With his body halfway in the drive-thru window, the driver unsuccessfully attempts to gain access to the register. When the drawer does not open, he backs up from the window and gets back in the vehicle.

The suspect has a large tattoo on his left wrist area, police say.