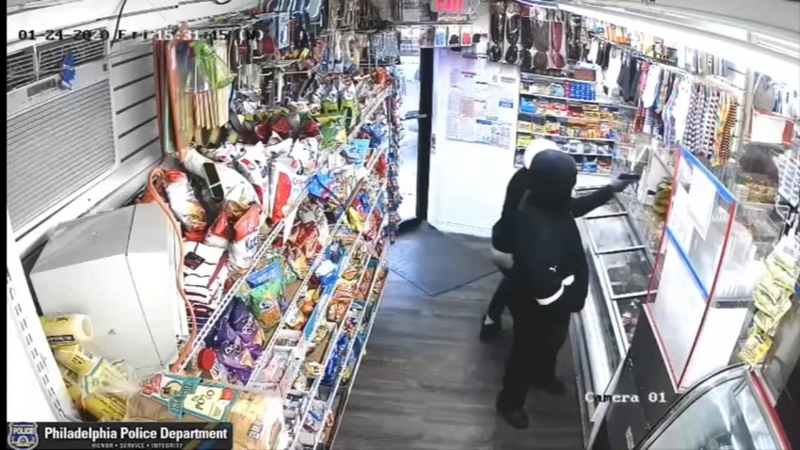 PHILADELPHIA (WPVI) -- Philadelphia police release video of an attempted robbery that ended when the victim opened fire on the suspects.

The incident occurred Friday afternoon at the Chelten Deli Market on Chelten Avenue.

Police say the two suspects entered the store, and one of them pulled a gun on the worker.

That's when police say the worker pulled his own gun and fired three shots at the suspects, who quickly ran out.