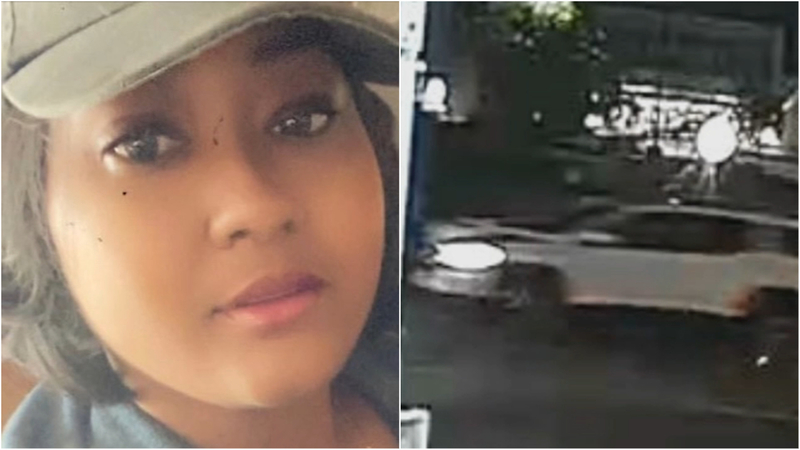 CHELTENHAM TWP., PA. (WPVI) -- Police have released more information about the vehicle sought for a hit-and-run crash that left a woman dead in Cheltenham, Pa.

The crash happened on Cheltenham Avenue in the area of Ogontz Avenue around 8:13 p.m. on Sunday, September 27.

On Tuesday, police said the vehicle is a white 2020 GMC Acadia with Louisiana license plate N53-8540.

The vehicle was last seen in the area of Fayette Street and E. Sedgwick Street in the Cedarbrook section of Philadelphia.

Cheltenham police are asking residents to check their outdoor surveillance cameras for any footage of the vehicle from that night.

Anyone with information is asked to contact Cheltenham police at Cheltenham Police (215) 885-1600.
EMBED More News Videos

The woman who was killed has been identified as 30-year-old Shanna Hurdle.

"She was magnetic. She was fierce. She was bold. She was courageous. We just miss her so much. We're dying on the inside," said Hurdle's brother, Kelvin Bloodsaw. "She just came back from the Dominican Republic. She was living her best life. She had a future, a promising bright future and it was just taken away like that."

"Our world was a better place because she was in it and it will never be the same without her," said Shannon Hurdle, Hurdle's step-mother.

"From the video, the vehicle did in fact run the victim over," said Lt. Andy Snyder of the Cheltenham Police Department.

Snyder says the driver, without question, knows they hit someone and that front end of the car is clearly damaged.

"We did recover some pieces of the vehicle at the scene. It would be plainly obvious they did strike a person," Snyder added.

Hurdle's family is just pleading with the driver to come forward. Shane Hurdle, Shanna's father, said, "Just do the right thing, turn yourself in. It's not going to go away."