14-year-old among victims in Chester shooting 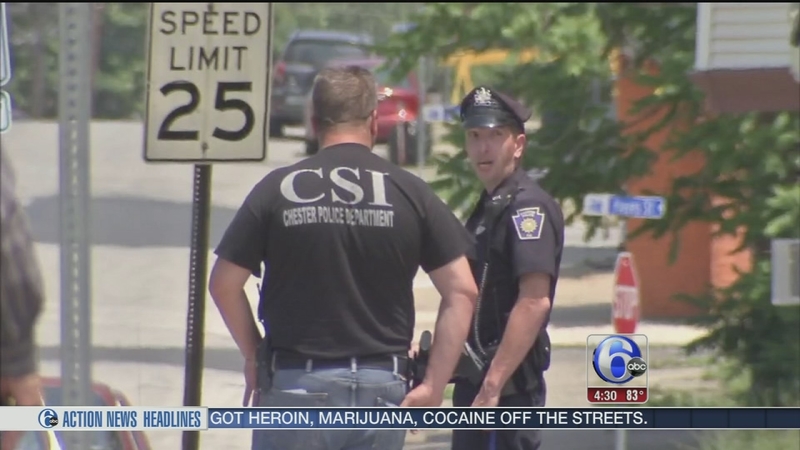 CHESTER, Pa. (WPVI) -- Police say one person is dead and three others were wounded after a shooting in Chester, Pennsylvania late Thursday night.

The incident took place around 11:15 p.m. on the 2700 block of West 3rd Street near Highland Avenue.

At least 30 shots fired from a a high-powered handgun and an assault rifle.

A 21-year-old man was struck multiple times and was pronounced dead at the scene.

Two of the victims are juveniles. One was struck in the buttocks and the other in both legs.

The 47-year-old victim was also shot in his buttocks.

The name of the victim who was killed is being withheld. But police say he was a reputed drug lord well known to them.

This was the Chester's seventh homicide of the year - all drug underworld related, police sources say.

Police say murders like this aren't just becoming more common, they're becoming a sick source of pride for some.

A new trend is emerging, police say, in which assassins put pictures of their kills on t-shirts, then proudly post a picture of themselves on Facebook wearing the t-shirt... but never saying "I did it."