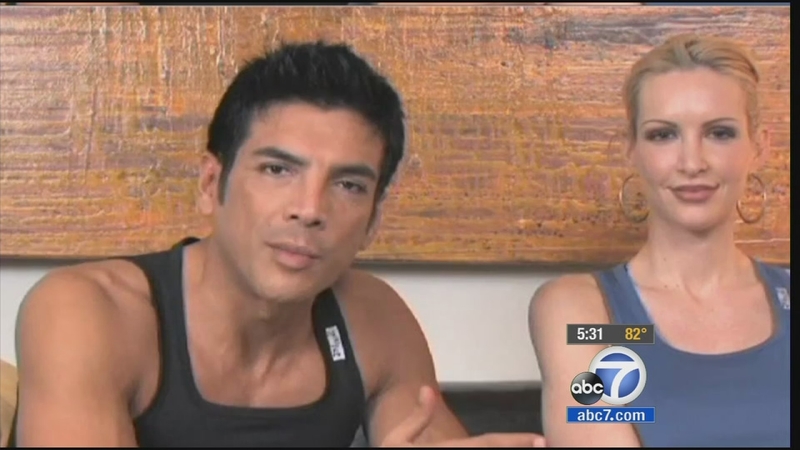 LOS ANGELES -- A self-described "international celebrity trainer and coach" was arrested for owing nearly $250,000 in child support after moving to Los Angeles and leaving a daughter behind in Wisconsin.

Authorities believe Raul Rodriguez, whose real name is Raul Cardona, has been living in the Los Angeles area since at least 2008. The 48-year-old made a single child support payment of $424.38 about 18 years ago, according to a criminal complaint from Milwaukee, Wisconsin.

The creator of an online fitness show Zero to Hero TV has another child with his current girlfriend who is prominently featured on his websites.

Los Angeles police assisted in arresting him earlier this month after learning where he was hanging out - a swank country club neighboring the Getty Museum, investigators said.

"Observed him driving away from his home in a Mercedes and driving to the country club," Milwaukee County Prosecutor Maureen Atwell said.

A manager at Mountain Gate Country Club deferred to the company's lawyer. It was unclear whether Cardona was a visitor or an employee.

Cardona reportedly charged $125 an hour per session. In one of his YouTube videos, he said, "What training has given me is a stronger belief in myself so that I could be of greater service to others by inspiring and empowering them."

At one former address in West Hollywood, a resident said he was here for about two months many years ago and that it was someone else who paid the rent.

Deadbeat dads not only hurt their children, but also are costly to the public, investigators said.

Los Angeles County Child Support Services has a most wanted list on their website of dads who owe tens of thousands of dollars, were arrested, but fled again.

Cardona is being held without bail in Van Nuys.