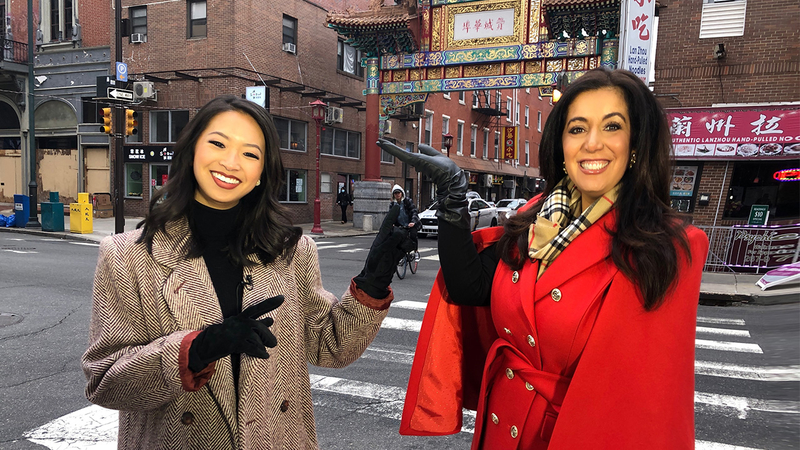 Chinatown spots to celebrate the Lunar New Year in Philly
Chinese New Year falls on February 1 this year, with 2022 bringing in the year of the Tiger.

In Asian culture, there's also a Vietnamese New Year, a Korean New Year, and more. All adhere to the Lunar calendar, so the date changes every year based on the phase of the moon.

If you want to celebrate the Lunar New Year with a great meal, you can head to Chinatown and try 'Shanghai-style' pork soup dumplings -- filled with meat and broth -- at Dim Sum Garden.

At Nan Zhou Hand-Drawn Noodles, you can try dishes made with hand-drawn noodles, a method that uses a special stretching technique.

Also in Chinatown is Chuan Kee, where they specialize in the Chinese skewer experience.

Vietnam Restaurant and Cafe has locations in Chinatown and University City, started by the Lai family who fled Vietnam in the seventies, and who continue their legacy of traditional 'Vietnamese home cooking'. 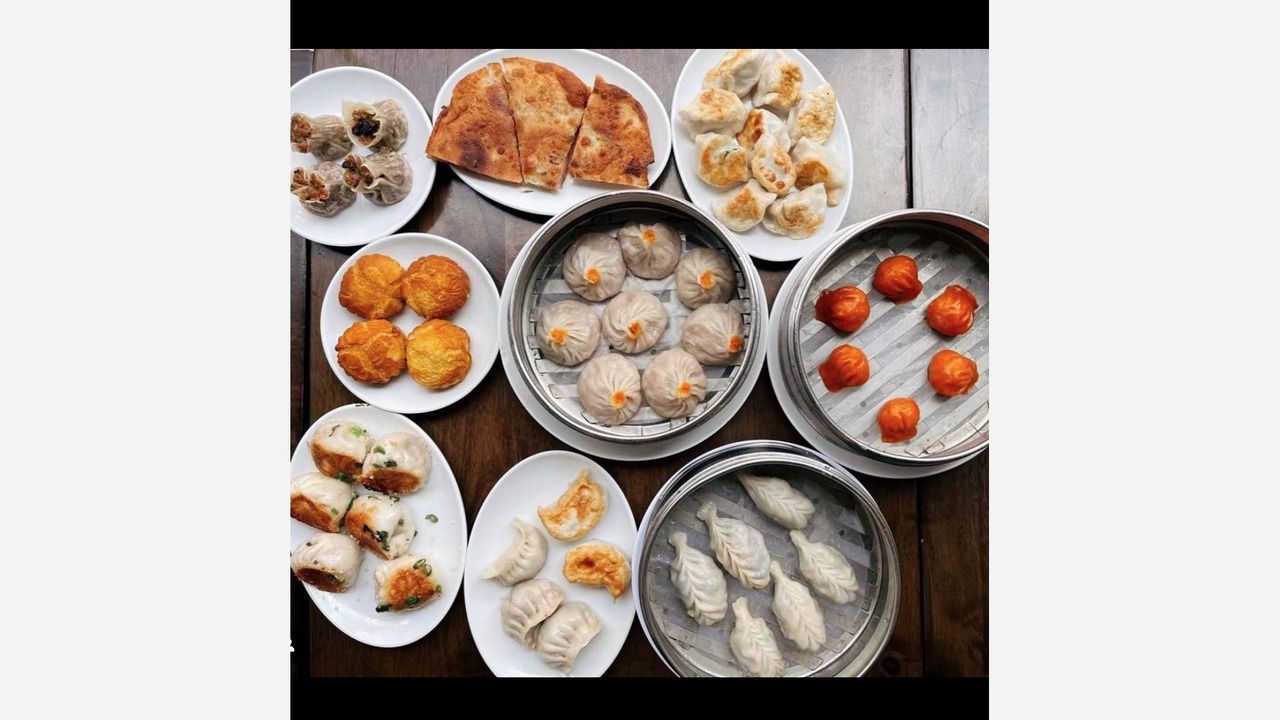 Delco man reaches major milestone on cheesesteak adventure
We all know that Philadelphia is a cheesesteak city, and a Delaware County man is on what he calls a Cheesesteak Adventure.

Jim Pappas has spent the past four years literally eating his way through the cheesesteak capital of the world He just ate his 1,000th cheesesteak, each from a different shop ranging from Princeton, New Jersey to Reading, Pennsylvania to Bear, Delaware.

He ate No. 999 at Joe's Pizza in Hatboro, ordering his usual- fried onions, mushrooms and American cheese.

And he's not only eating Philly's favorite sandwich, he's judging it.

He created a 100-point system in which he grades each cheesesteak based on five categories: roll, meat, cheese, extras and then the overall experience of the place.

He has legions of fans who follow his adventure and wait for his reviews.

Pappas declared Joe's Pizza cheesesteak a winner, and he bit into number 1,000 the very next day at G Lodge Cafe in Phoenixville, where he arrived decked out in a celebratory green sequined jacket.

He is using local dairy to support Pennsylvania's rich dairy farm industry. He is creating cheese recipes that blend classic European techniques with styles that he's learned over two decades in the cheese-making industry.

Perry labels his technique as American cheese-making. His Kensington-based store has modern amenities with a shipping container specially designed to pasteurize the product and a temperature-controlled "cheese cave" where he ages his creations.

Perry distributes to 60 stores locally where you can buy his cheese and he also offers boxes for pick up and delivery. The boxes include special creations not available in the store. 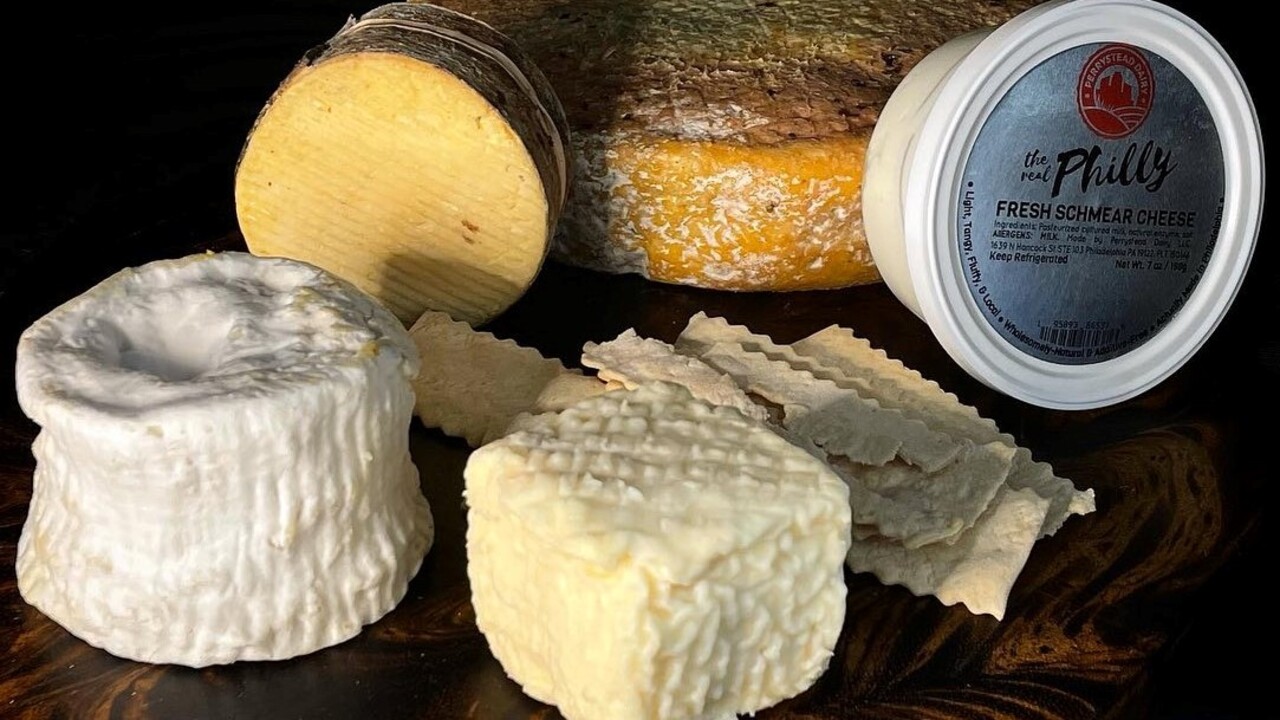 Centuries-old mill in Doylestown Township makes grains the old-fashioned way
Doylestown Twp-Castle Valley Mill sits over the Neshaminy Creek-a mill built in 1798 on a property where millers were turning grains into flour and grits as far back as 1730-before George Washington was born, before the United States was a nation.

It's now owned by the Fischer family-Mark and his wife Fran and their kids Curran and Deming.
The place was bought in 1946 by Mark's grandfather, who'd been a master miller in Germany. But here in the United States, he had a moving company.

So every time an old mill in the area would shut down, he'd buy up the machinery, take it apart and then put it haphazardly across the three floors of his mill.

He never ended up milling on the property but 15 years ago, his grandson, Mark, decided to make a hobby of trying to put the milling machines back together again and restore the mill to its original purpose of milling ancient grains.

When he got a mill back up and running, bought some wheat and milled his first batch of flour, it was the first time the mill had produced grain in a century.

He gave the flour to his wife, Fran, and she made her grandmother's banana bread with it.

The taste, they all agreed, was mind-blowing.

So they started milling and selling to top chefs in Philadelphia, New York City and Washington, DC.
Then COVID happened. Fine dining was decimated and their business, they thought, was all but dead.

Until Food & Wine ran an article on small mills across the country that could ship flour. Remember, there was a shortage on flour in the early days of the pandemic.

The Fischers were soon inundated with orders from all over the country and as far away as Denmark and Puerto Rico.

They joke that they drew the line at the sea but they quickly pivoted to producing smaller, 2lb packages, and say the online retail store has been their salvation.

They mill on demand to maximize freshness and promise that, whether you're trying their oatmeal, grits and pasta or baking with their flours, the taste difference is "mind blowing."

Korshak Bagels lands on prestigious New York Times must-try list
Philip Korshak is a poet, a bagelmonger and a man who thinks deeply about the food he's producing for his fellow Philadelphians.

At Korshak Bagels, he makes the usual-cinnamon raisin, egg, rye (his father's favorite) and more creative flavors like French toast, a cooper sharp long hot he says exists nowhere else and something he calls the Gemini-half poppy/half sesame.

He makes lots of spreads too; plain, veggie, a roasted long hot schmears and transforms his bagels into entire meals like the cinnamon raisin with peanut butter and jam, Mike's hot honey and bacon or the BLT on a sesame bagel.

Each bagel is a love letter, a way of communicating meaning and connection, and the bagel plays a part in his own love story.

He and his wife, Kendra, had a Sunday morning bagel-eating tradition when they lived in New York.

When they relocated to Texas, they found there were no bagels.

So Korshak looked at his wife and said, "I'll learn how to make bagels."

18 years later he opened his own place in South Philadelphia, using a sourdough starter he calls Helen Mirren.

He likes to say it takes 10 people, and a few days, to make each and every bagel. That's nine people to make the bagel and the 10th person eats it.

He hopes his bagels will not only feed our bodies but also open our hearts and make the world a kinder place, one bagel at a time.

Head to Amish country to meet Lady Lancaster aka the "Quilt Queen"
Lady Lancaster transforms rare, museum-quality quilts into luxurious jackets. Her wearable art is adorned with hand-embroidered stitches and geometric patterns, plus they're a window into history.

Founder Elizabeth Leaman, who is from Lancaster County, comes from Mennonite background. Her heritage is richly steeped in the traditions of quilt-making, a hobby that brings the community together.

She uses a local Mennonite-owned sewing company and engages in sustainable business practices. Leaman hopes to inspire younger generations about the lost art of quilt-making and show every stitch matters.
Lady Lancaster | Instagram

It brings to life two love stories from Greek Mythology. And it follows Hades, King of the Underworld.

"It's the story of Orpheus and Eurydice and their sort of all but doomed romance," says Fran Egler, the Senior Director of Programming and Presentations at the Kimmel Cultural Campus.

The show won the Tony Award for Best Musical in 2019.

"It's beautifully told, it's this sort of intimate set in New Orleans with a score by Anas Mitchell, a singer-songwriter," says Egler.

FYI Show Extras
Philadelphia 76ers forward Tobias Harris is used to getting cheers on the basketball court but now he's an ambassador for the new Crumbl Cookies shop in Wynnewood Plaza.

He says he loves cookies and the smiles they put on people's faces but he's also long-time friends with Crumbl franchise owner Charles Terry who used to be Harris' strength and conditioning coach.
Popular flavors include honey bun, the peanut butter bar, Heath bar, cookie cup and an M&M, with new flavors added regularly.