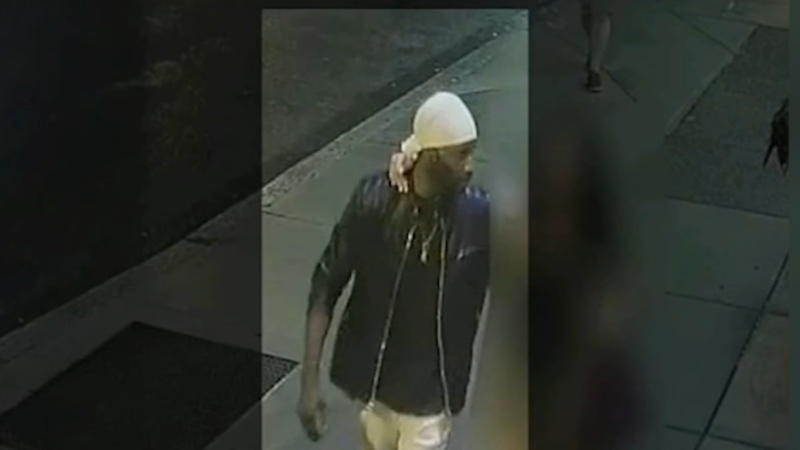 Police seek person of interest after model murdered in Ardmore

ARDMORE, Pa. (WPVI) -- Police are looking to identify a person of interest in the killing of a model inside an apartment in Ardmore, Pa.

The Montgomery County district attorney's office released video and surveillance photos of the man on Monday.

Investigators say the man was in contact with the victim, Christina Kraft, in the early morning hours of Wednesday, August 22 in the area of South Broad and Locust streets in Philadelphia.

The man was also captured on video at the entrance to the SEPTA subway at 15th and Market.

Man being sought for a burglary that occurred at the apartment of a former model who was found murdered as reported by Dann Cuellar during Action News at 11 on August 24, 2018.

Investigators also say the man may have used a ride-sharing service from the area of 13th and Locust streets to Kraft's home on Sibley Avenue in Ardmore.

A source tells Action News the man in those images can be seen entering Kraft's apartment building, riding the elevator, but he never is seen leaving, leading them to believe that he may have jumped from her second-floor balcony to escape.

Kraft was found dead inside her home Wednesday night.

Police said last week they were also looking for 31-year-old Andre Melton in connection with a burglary at Kraft's apartment the previous weekend.

They said designer bags and jewelry Kraft reported stolen were found at his Theodore Street home in Southwest Philadelphia. He was last known to be driving a rented Burgundy Kia Sorrento with Virginia plates.

Melton is not being called a suspect in the murder at this time, and no suspects have been named for the killing.

It's not known if the burglary and the murder are connected.

An Obituary printed in the Atlantic City Press says Kraft's stately beauty and tender heart left an indelible imprint on the countless lives of many, whether spending time with loved ones, caring for animals or lending her talents to design Christine carried herself with warmth and grace.

Anyone with information is asked to call the Lower Merion Police Department or the Montgomery County Detective Bureau.