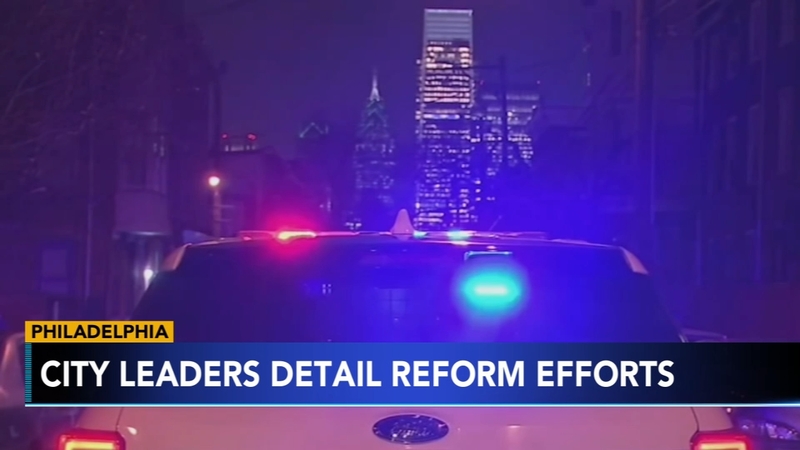 PHILADELPHIA (WPVI) -- The City of Philadelphia released its one-year progress report on police reform on Tuesday.

This initiative started in June 2020 during civil unrest and concerns about police brutality and racial injustice, not only in Philadelphia but nationwide.

Thousands of Philadelphians united in the streets last summer during protests over the murder of George Floyd.

On Tuesday, Philadelphia Mayor Jim Kenney said decisions the city made during the protests, like using tear gas to clear protestors from I-676, should have never happened.

"The city's response to this outcry, including demonstrations along I-676 and 52nd street failed on many levels. That experience taught us a lot," said Kenney.

Newly released video offers an up-close look at what happened on the Vine Street Expressway during protests last summer in Philadelphia.

Since then the statue of former Mayor Frank Rizzo was removed from outside the Municipal Services Building.

The report found that more officers have now been trained in crisis intervention.

Mayor Kenney and Philadelphia Police Commissioner Danielle Outlaw spoke about ways they have been listening to the community to implement meaningful reforms and transparency after last summer.

"Our department made some swift policy changes, immediately updating multiple use of force policies including our chokehold policy, tear gas and how uses of force are reported, " said Outlaw.