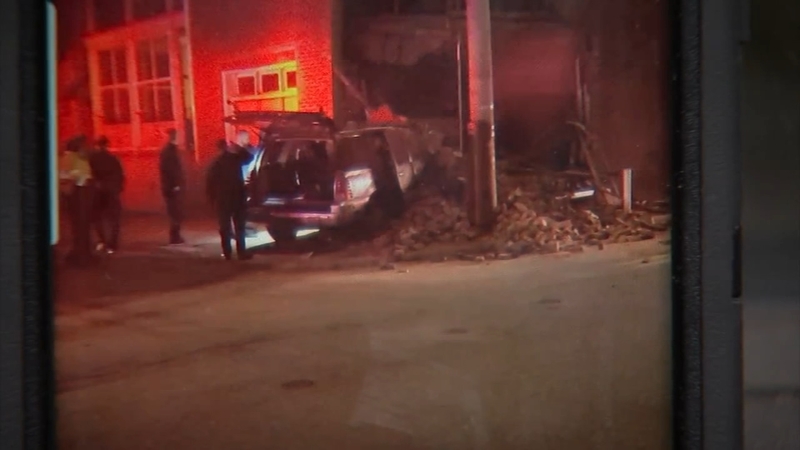 COLLINGDALE, Pennsylvania (WPVI) -- A driver of an SUV attempting a U-turn at a Delaware County intersection ended up inside a building.

It happened around 1:45 a.m. Friday on the 1000 block of Clifton Avenue near Broad Street in Collingdale.

Police said the driver first went into a church lawn.

Surveillance video obtained by Action News shows the SUV then slamming into a utility pole and continuing on. 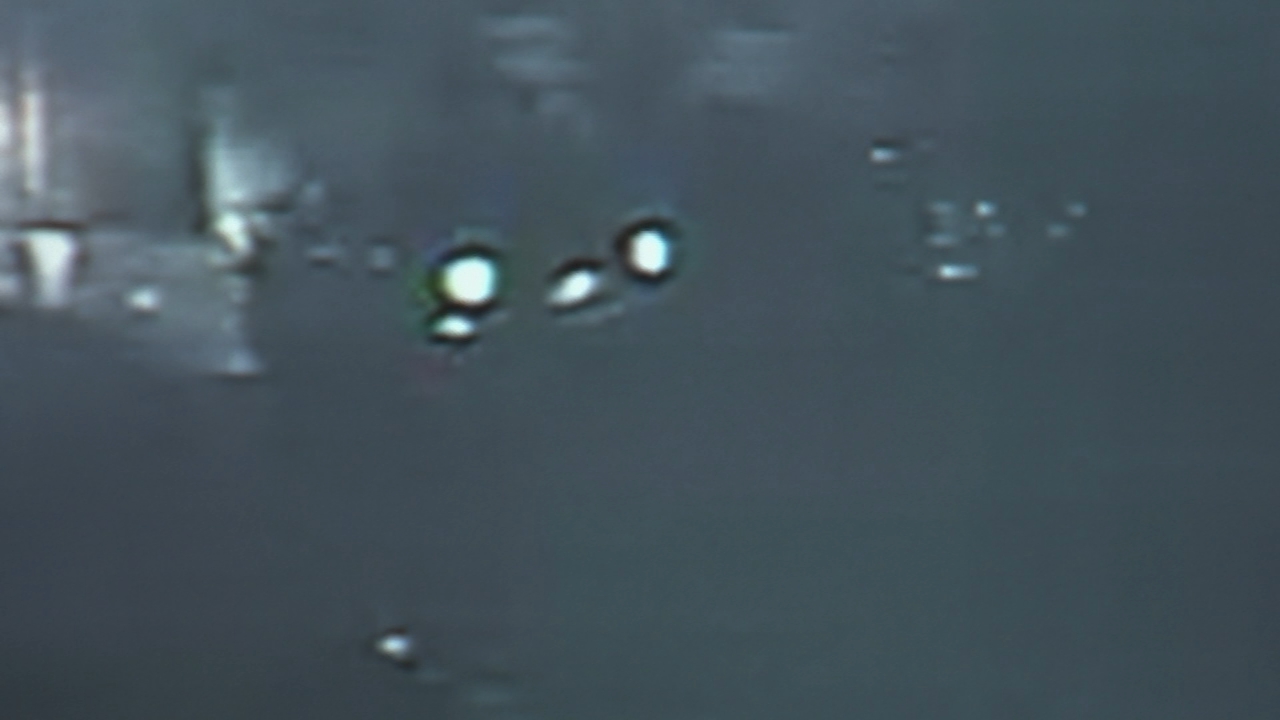 The driver then hit a metal post, blocking the SUV from ramming into a nearby pizza shop.

The driver then careened into into a brick building, leaving a gaping hole on the side. 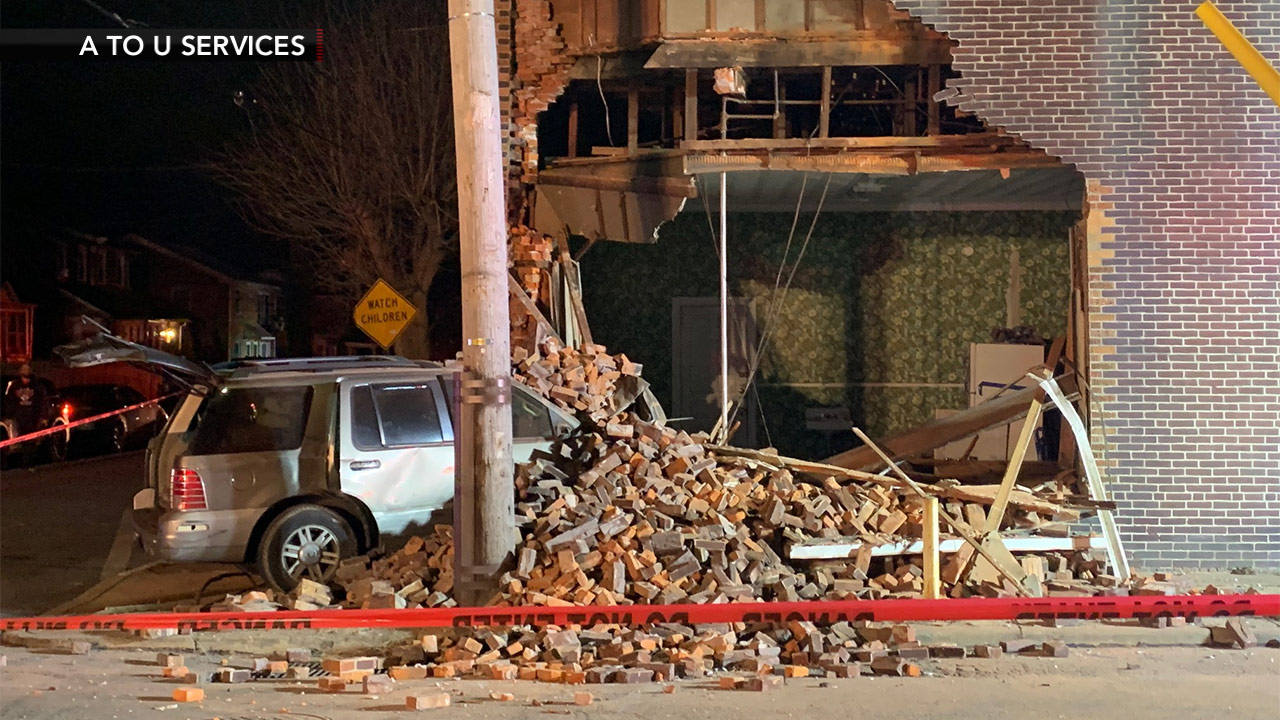 Police and firefighters helped pull the driver of from an SUV after she crashed into a building in Collingdale, Pennsylvania.

Police and firefighters helped pull the woman from the SUV and rushed her to the hospital.

Officials said a wooden support beam had smashed into the passenger side of the SUV's windshield and barely missed the woman.

CLEAN UP
The SUV has been pulled from the building, but still lots of work to do. Crews are securing the building and repairing a utility pole that was hit. @6abc https://t.co/Ge8VoOUnek pic.twitter.com/3ehAcYbYgF

The Red Cross is assisting two families that are now displaced.

Along with emergency officials, Verizon and PECO were also called to the scene due to the damaged utility line.