Arrest made after $11,000 stolen from man outside of his Collingdale home 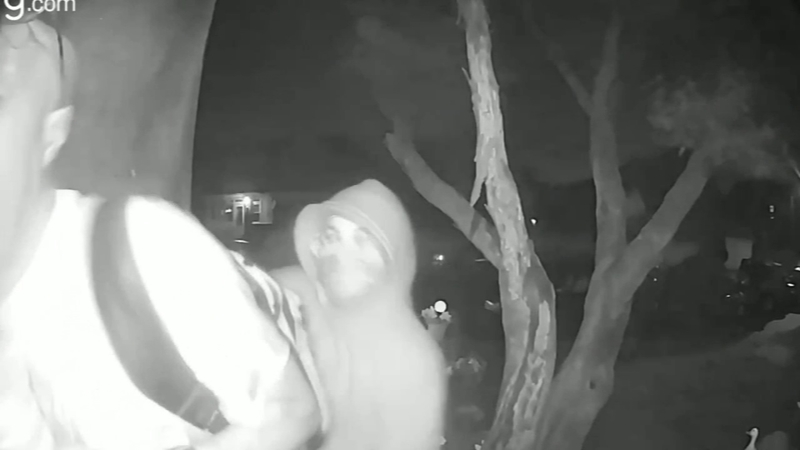 Arrest made after $11,000 stolen from man outside of his Collingdale home

COLLINGDALE, Pennsylvania (WPVI) -- It's a relief to a homeowner who was robbed of thousands of dollars. Police have caught one of the two masked bandits who stole $11,000 from a Collingdale man as he entered his home earlier this month.

"We have to crack down on crime in the area. Getting somebody in custody is very important," said Muhammad Kamara.

SEE ALSO: Suspects wanted for stealing $11,000 from man outside of his Collingdale home

Police know it's possible the bandits may have known the victim would have a large sum of cash, but they're not hinting on that one theory.

"(It was either) known or lucky," said Collingdale Police Chief Kenneth Felker. "It could go either way. That is why the options are open. We didn't want to focus on one person or individual."

Kamara had borrowed the $11,000 to take his family to his native Africa. Stricken by poverty, they escaped Liberia a few years ago.

Kamara's wife says she believes the men were hiding and waiting for her husband since the camera didn't spot them until they both jumped behind him.

"They were waiting for him," said Felker. "Once his back was turned they ran up on him and took the backpack."

The thieves ran away, but before the robbery, another surveillance camera from a home across the street front the victim's shows the two robbers hiding behind cars before they approached the victim.

Kamara posted the video on social media. When the surveillance video aired on Action News, an officer from the Darby Borough Police Department recognized one of the masked faces and contacted Collingdale Police.

Ward was taken into custody Tuesday morning, after making a courtroom appearance in Media for an unrelated matter.

Police say the doorbell surveillance video was key in making an arrest. Police are hoping it'll help them catch the second suspect as well.

Police have not found the backpack that once held all the money Kamara hoped to use for his family's trip to Liberia. He says he doesn't think his family will be able to make that trip now.