A Yeadon officer and Sharon Hill officer were injured in a crash while responding to the scene.
WPVI
By Jaclyn Lee 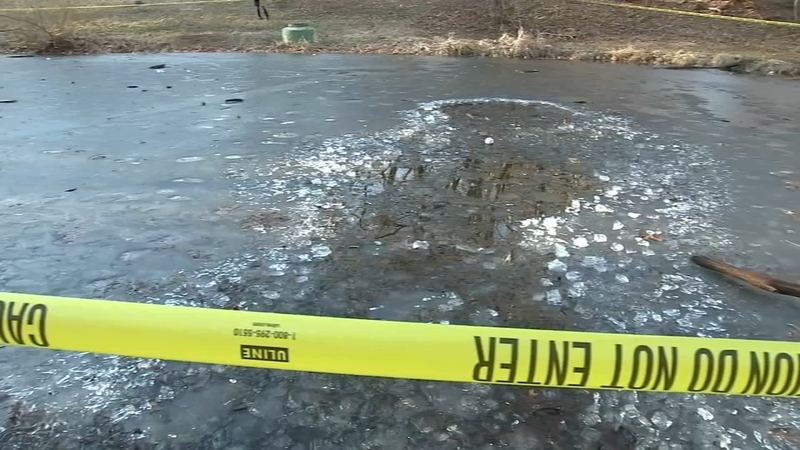 Just before 3 p.m. Monday, 16-year-old Anthony Alexander was hanging out in Collingdale Park with his friends when he heard screams coming from two little girls and a boy.

"They really need help. I wasn't going to sit there and let them drown like that," said Alexander.

He first tried to use a stick to rescue the kids before jumping in and pulling out the little boy and one of the girls.

Tonight we spoke with a teen who jumped into freezing water to save three drowning kids. We also spoke to the first cop on the scene, who jumped in as well. Collingdale Police Chief calls this a “community effort” @6abc pic.twitter.com/RJfJ7j1yBT

Collingdale Police Sergeant Pat Kilroy then arrived on the scene and jumped into the pond to rescue the remaining little girl.

He said the pond is at least eight feet deep.

"They were really scared, they were like, 'help my sister'," recalled Sergeant Kilroy. "At that point, you just go, and I knew what had to be done."

A Yeadon officer and Sharon Hill officer were also en route to assist but were involved in a collision near Beechwood and Lincoln avenues. They suffered non-life-threatening injuries.

Parents in the neighborhood said the pond needs to be fenced off.

"On a nice day, kids wanting to get outside, it was inevitable," said Princess Rahman, a Collingdale parent. "There's nothing keeping them safe."

All of the kids involved in the accident were taken to the hospital for evaluation and are expected to be OK.