Anthony Alexander said the ordeal has him considering a career in law enforcement.
WPVI
By George Solis 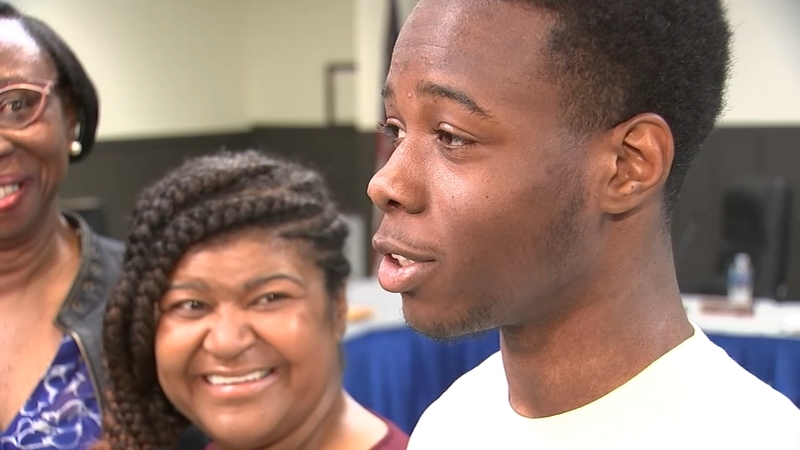 COLLINGDALE, Pennsylvania (WPVI) -- A teenager and two police officers who jumped into a freezing cold pond to rescue three children were honored in Collingdale, Delaware County on Monday night.

The incident happened on February 21 while 16-year-old Anthony Alexander Jr. was hanging out in Collingdale Park with his friends.

He said he heard screams coming from two little girls and a boy.

"I wasn't going to sit there and let them drown like that," said the teen.

ONE TO WATCH: Tonight a Collingdale teen and two borough police officers were recognized for their heroics.

Late last month the trio worked together to save the lives of several children who fell through an icy pond.@6abc pic.twitter.com/Vqj13knZBD

Alexander first tried to use a stick to rescue the kids before jumping in and pulling out the little boy and one of the girls.

Alexander's parents were beaming with pride.

"He always has the biggest heart in the world and now the world sees that heart," said his mother Ava Alexander.

Just before 3 p.m. Monday, 16-year-old Anthony Alexander was hanging out in Collingdale Park with his friends when he heard screams coming from the pond.

Anthony Alexander Jr. said the ordeal has him considering a career in law enforcement.

The Collingdale Borough Council voted to add more signage around the pond to try and prevent similar incidents from happening in the future.